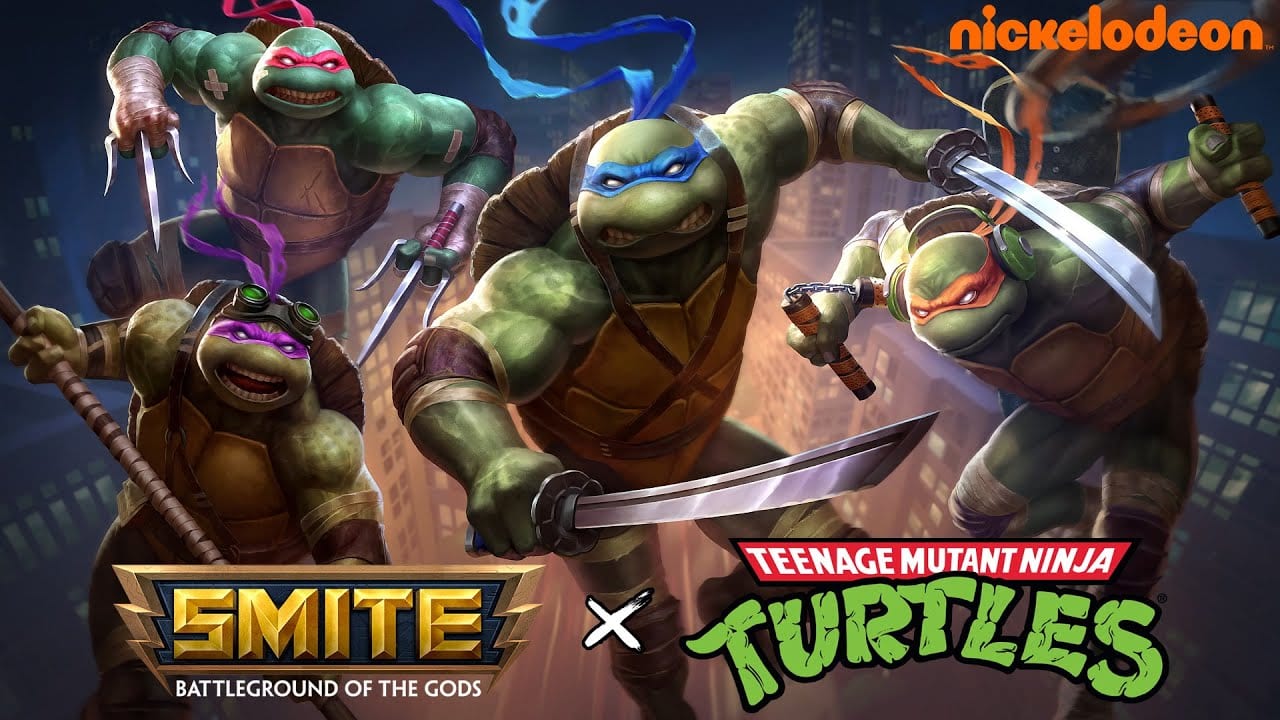 In a bizarre, but still turtley-awesome development: the Teenage Mutant Ninja Turtles are entering the SMITE arena. While they aren’t joining as gods (that would just be comically insane) they are, however, going to exist in the game as skins for current playable characters.

While they are just skins, and not full blown new TMNT characters, it’s still an impressive makeover. See for yourself below:

Here’s who each turtle is matched with in-game:

In addition, there will be “Radical” versions of each skin that can be obtained via the Prestige Track for this battle pass which have more of a retro look to them.

While it’s not close to an adequate replacement for a brand-new TMNT game, I’m willing to settle for smashing literal gods upside the head as Donatello for the time being.

The TMNT SMITE battle pass will be out some time in November. And, if nothing else, thank you SMITE and Nickelodeon for blessing us all with the TMNT theme song this morning. I never not want to be reminded to hear it.