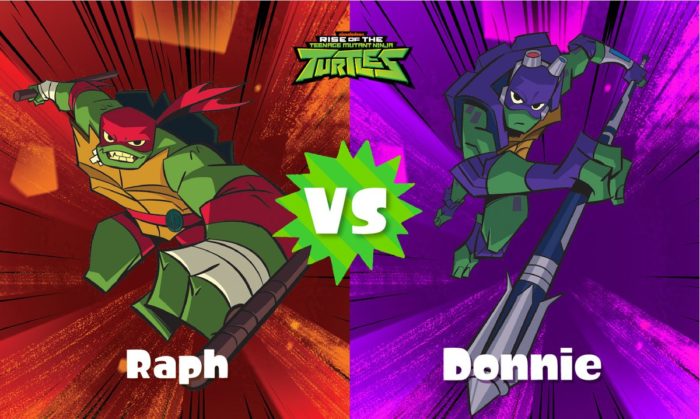 In the span of three weekends, Nintendo held its first tourney-style of Splatfests for Splatoon 2, putting all four of the Teenage Mutant Ninja Turtles up against each other to determine who is the best of the bunch. The first Splatfest pitted Leonardo against Raph, in which Raph managed to come out on top. In the second round, which took place last weekend, team Donnie faced off against Team Mikey, and lo and behold, Donnie was the victor.

This weekend was the final round of the TMNT Splatfest and Raph was put up against Donnie, and while it was a super close game, the purple turtle ended up being the champion, taking home two points from the solo and team battle categories, giving Raph that popularity vote. Team Donnie fought as hard as they could to support the turtle’s chances of winning, and at the end of the day, that work truly paid off. You can check out the results below:

This TMNT-themed Splatfest was a partnership between Nintendo and Nickelodeon to promote the new animated series called Rise of the Teenage Mutant Ninja Turtles. Let’s hope that Splatfests in Splatoon 2 continue to have rad partnerships like this every so often, this tournament style of Splatfests was definitely a nice change of pace for the competitive multiplayer shooter.