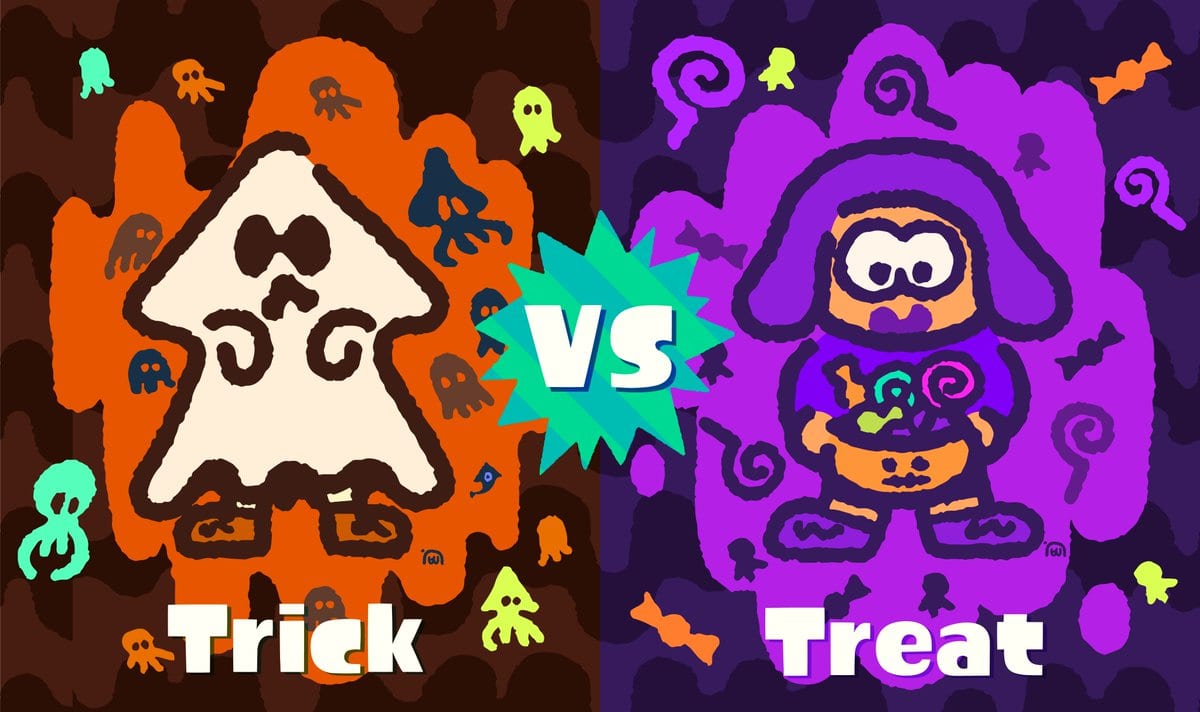 Nintendo of America has announced that Splatoon 2 will be getting a Splatoween event that brings back an old Splatfest from the grave. Players will be able to participate in a spooky Halloween Splatfest that pits team treat against team trick. Which team will you choose? It’s a hard choice, for sure!

The Splatfest will kick off on Oct. 30 and will run through the weekend until Nov. 1 at 2 pm PT. If you’re not planning on going outside to celebrate Halloween this year, playing a couple of matches with your best friends in Splatoon 2 will be a great alternative.

You don’t have to worry about finding a costume or stress about the potential cavities due to all of the sugar-filled candy that can easily come into your hands.

Splatoon 2 is now available for the Nintendo Switch. If you plan on checking out the Splatfest later this month, let us know down in the comments if you’re going to choose team trick or team treat.

The last Splatfest to occur in the game took place in August and asked players to answer a very controversial and age-old question: Which came first, the chicken or the egg?

Team Chicken ended up coming out on top with a 2-1 win over Team Egg. It’ll be interesting to see who comes out as the winner for this upcoming Splatfest.

And don’t worry. This isn’t the last Splatfest to come to Splatoon 2. Nintendo confirmed this summer that it would be reviving three old Splatfests, and this is the second one, which means that there’s at least one more to come.