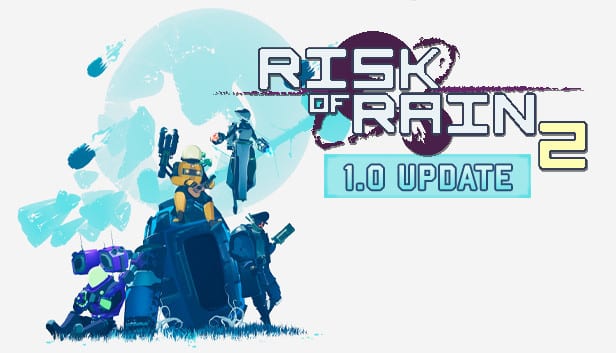 Good news for Risk of Rain 2 fans playing on consoles: The game’s 1.0 update has officially been applied.

In a post to the official Gearbox Software website made on Oct. 20, the publisher revealed that the game’s 1.0 update was now available for download on PlayStation 4, Xbox One and Nintendo Switch. Once installed, the update will apply patches to existing issues as well as implement the game’s ending, upgrading it to its completed state.

The update is free to all current owners of the game on all consoles, and serves as one of the last major updates to the game developer Hopoo Games currently has planned. Following one more major content update down the line, Hopoo plans to focus on larger expansions that will provide new content on a less regular basis.

A new trailer was also released alongside the update, which provides an overview of both Risk of Rain 2’s general gameplay and some of the new features added as part of the 1.0 build. The full trailer can be viewed down below.

First made available through Early Access in 2019, Risk of Rain 2 is a roguelike third-person shooter wherein players attempt to make their way through a variety of hostile biomes on an alien planet. They can tackle the game solo or with up to three other friends via its multiplayer mode.

The game’s 1.0 version was officially released on PC earlier this year, alongside a number of patches for existing issues with the game that players had reported during their time with it during early access. Our coverage of the initial 1.0 update launch on PC can be found here, and the patch notes tied to the update can be found here.

Risk of Rain 2 is currently available on PlayStation 4, Xbox One, Nintendo Switch and PC. For more on the game, check out our coverage of the news that the game will soon be available on Google Stadia.