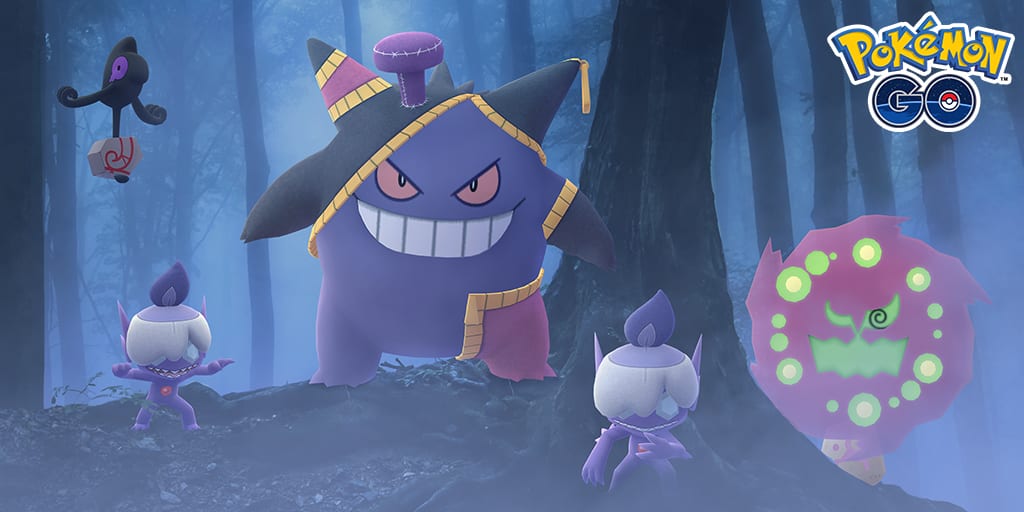 The Pokemon GO Halloween event is nearly here. As is tradition, Spiritomb will be back in a Special Research quest, but there are so many more additions this year. From a new Mega Evolution to a new Galarian form, there will be plenty of new goodies for trainers to check out as October comes to a close.

First off, this event begins at the end of this week on Oct. 23 at 6 PM PT and runs until Nov. 3, 2020, at 6 PM PT. And just like every year before this one, Ghost-type Pokemon will be appearing more often in the wild, raids, and eggs.

And instead of the Kanto starters dressing up in Halloween costumes, a couple of Ghosts will be taking that responsibility this time around. During the event, you’ll be able to get a Gengar wearing a Banette costume and Sableye wearing a Litwick hat. And don’t forget to take a snapshot to encounter a Halloween-themed photobomb.

To prove you’re a master of catching Ghost-types, there will be a Catch Mastery: Ghost Day Timed Research quest on Oct. 25 from 8 AM to 11 PM local time. This event will feature tons of Drifloon and you might even find a shiny one.

Best of all, you’ll get double catch candy for the entire Halloween event. That means you’ll probably end up with tons of Drifloon Candies. Besides that, transfer Candy will also be doubled.

On top of that, we’re also going to get a brand-new Galarian form for the Unova Ghost Pokemon, Yamask. There will also be a Halloween Special Research quest that’s centered around Galarian Yamask.

Also, this is a bit of a callback. But anyone who completed the Mega Buddy Challenge Timed Research will get access to another Timed Research quest that will earn you a bunch of Mega Gengar Energy. This will be the first time that you’ll be able to get any energy to Mega Evolve Gengar.

On top of the Ghost-types appearing more often in raids, Darkrai will also be taking over for Origin Forme Giratina in Legendary raids. But that’s not where the raiding fun ends during this Halloween event.

On Oct. 31, there will be an Alolan Marowak Raid Day from 11 AM to 5 PM local time. This simply means Aloaln Marowak will be appearing in raids more often during the designated time.

If you’re more into battling, then you’ll want to check out the GO Battle League: Halloween Cup. From Oct. 26 at 1 PM PT until Nov. 3 at 1 PM PT, you’ll be able to take part in this special cup that only allows you to use Poison-, Bug-, Ghost-, and Dark-type Pokemon that are 1500 CP or lower.

Finally, no Halloween event in Pokemon GO would be complete without a bunch of new things to buy. That’s right, new avatar poses and clothing will be available in the store alongside the Creepy Crate, Boo Bundle, and Pumpkin Pack boxes. There’s currently no indication of what these boxes will contain.

You can check out the official release about the Halloween event in Pokemon GO from the Pokemon GO Team right here.

By Andrew McMahonDecember 1, 2021
To Top