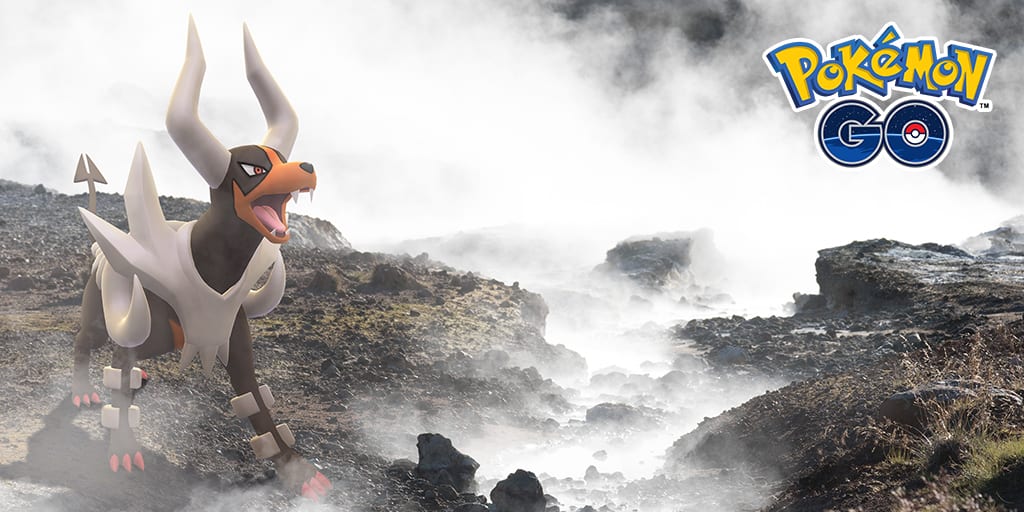 Mega Pokemon and Mega Raids are the big new thing in Pokemon GO right now. And there’s no more intimidating-looking Pokemon than Mega Houndoom. If you don’t have the right mons then you’ll be in for a rough time. Just follow this Mega Houndoom raid guide, choose the right counters and you might be able to pick up some Mega Energy.

Right now, Mega Houndoom is just on the list of possible raid bosses for Mega raids. There’s no determined end date yet, but the best advice we can give is to just do them if you see them on the map since the lineup of Mega raids could change at any time.

Mega Houndoom has four major type weaknesses. These types are Water, Ground, Rock, and Fighting. However, Ground-, Rock-, and Water-types will be your best bet here since they also resist Mega Houndoom’s Fire-type attacks.

Just be careful, because even a bulky Rhyperior won’t last long against a Mega Houndoom. If you have multiple trainers doing the raid with you, then it shouldn’t be a problem. But parties of two to four may want to consider dodging.

Since Shadow and Mega Pokemon are currently not as easy to obtain as their standard versions, we’ll list Megas separately and indicate if a shadow version of a Pokemon is viable with an asterisk (*).

Also, all Mega Houndoom raid counters listed here are assumed to be level 35 with no attack boosts of any kind. Weather, friend, or other boosts and the best counters are a must for the duo. These boosts may also make the honorable mentions viable for a group of three or four trainers.

Mega Houndoom will KO your Pokemon no matter how hard you try. Even Rhyperior can only take a few Fire-type charge attacks before it faints. Just do your best to hang in there long enough to deal tons of damage.

If you follow all the advice in this Mega Houndoom Raid Guide and send in the proper counters at the right time, then you’ll be well on your way to getting enough energy to evolve Houndoom into Mega Houndoom. And while you’re out there, don’t forget to pick up a Deerling or two.