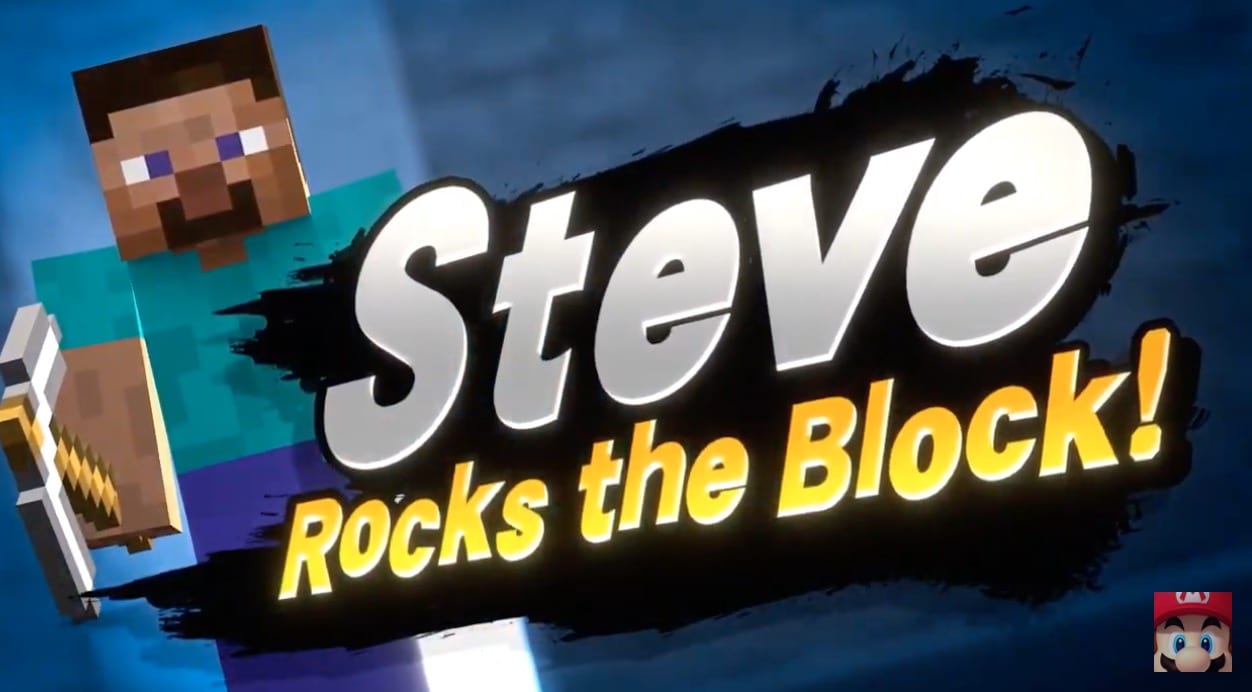 Today Nintendo announced that Minecraft Steve will be coming to Super Smash Bros. Ultimate for the Nintendo Switch as part of the second Fighter’s Pass.

The trailer that premiered today showed off Steve’s moveset and we even get a good look at some of the alt costumes that players can choose from. There’s Alex, Endermen, and a Zombie, which all seem to have the same moves.

The new fighter uses a lot of tools that are well-known to the Minecraft universe, such as a sword, a pickaxe, lava, a fishing rod, and of course, lots and lots of blocks.

Sakurai mentioned that every single stage in Super Smash Bros. Ultimate had to be reworked in order to take advantage of the block-building abilities that Steve has access to, which does not seem like an easy feat at all. He also states that bringing in this character into the game was almost impossible, but the team managed to make it all work.

You can watch the entire presentation down below as well as the reveal trailer itself:

Minecraft is one of the best-selling games of all time that was developed by Mojang Studios that has gone on to become one of the most influential indie games.

You can look forward to more information on the new fighter on Oct. 3 during a “Mr. Sakurai Presents Steve & Alex” that will be happening at 7:30 am PT/10:30 am ET at Minecraft Live 2020.

Nintendo did not confirm when Minecraft Steve will be released for Smash Ultimate players, but you can expect those details and more during the special event on Saturday morning.

This will be the second DLC fighter to come to the game as part of the second Fighter’s Pass. Min Min from ARMS was the first and was released earlier in the summer. By using her stretchy ARMS and a variety of moves, Min Min has proved to be a pretty good fighter when it comes to having incredible reach.

We’ll see how Minecraft Steve holds up in battle once the DLC launches –crossing fingers that it’s sooner rather than later.