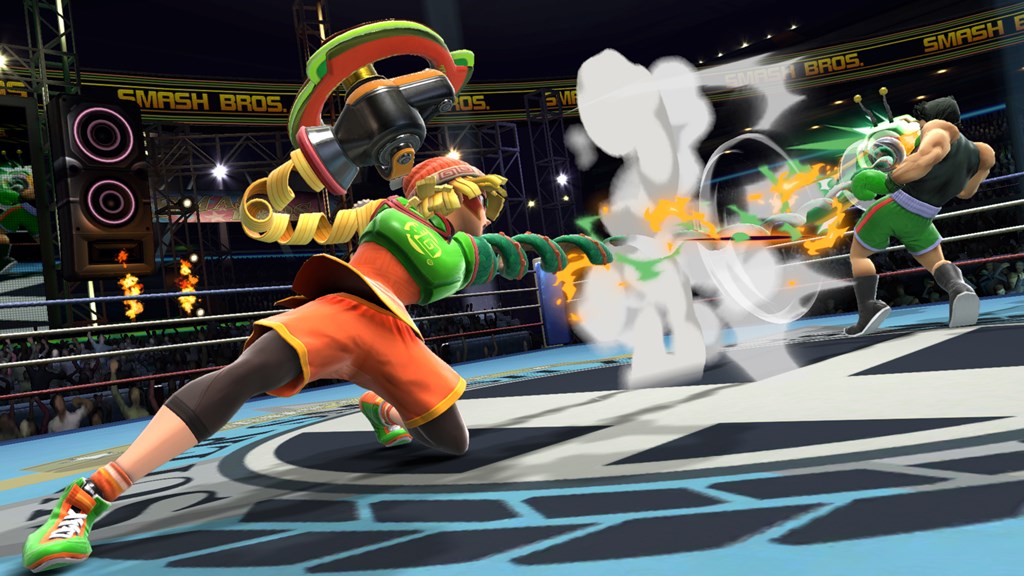 The second round of the Smash Ultimate Fighter’s Pass has kicked off today with the inclusion of Min Min from ARMS. I’ve gotten the opportunity to play a couple of matches with her online and man, she is a lot of fun to fight with and she can hit players from very far away, like comically far.

Don’t be fooled by her flimsy ramen noodle appendages. Min Min is a total beast in Super Smash Bros. Ultimate, and her moveset (which straight-up comes from ARMS) will make you feel like you’re playing a 2D version of the Switch fighting game.

By pressing A and B repeatedly, you can extend Min Min’s two arms across the stage to deal damage to opponents and by using her down special, she can switch between three different arms.

The three of them have different ranges and power but my favorite, the Dragon, has the longest reach and if you keep holding the attack button, will let out a little burst of extra fire power to reach far enemies.

This arm is perfect for punishing players who are trying to crawl their way back to the stage and if you’re trying to hit someone who’s a bit lower than normal, try switching to the weak but stretchy arm, the Ramram.

The way that you can quickly change Min Min’s arms to adapt to the combat situation at any given moment is one of my favorite things about this character.

If you’re fighting someone heavy and grounded like a Bowser or DK for example, using the Megawatt is a must. Even though it’s not super long, it does a lot of damage, especially if you hold it for a smash attack.

If you’re dealing with some floaty characters like Kirby or Jiggly, you can use the light arms to deal some damage and bring them down to then hit them with a more powerful attack.

And if the opponent still hides up in the air, Min Min can have issues fighting against them, considering she’s a very horizontal-plane fighter. She doesn’t do well if an enemy is above or below her, so getting her in the perfect positions is a good thing to think about when starting off playing as her.

While I wish Min Min had more versatility in close combat encounters, her extendable arm more than make up for it I think. As the first new fighter on this second Fighter’s Pass, it’s a worthy character that deserves to be tried out.

As someone who’s not in love with playing as Banjo-Kazooie or Joker, I’m finding Min Min to be quite a refreshing addition to the roster. Standing next to Hero, Terry, or Byleth even, Min Min stands out from the crowd and I have a feeling she can become a popular character amongst the competitive community… if they can figure out how to counter floaty fighters.

Min Min is now available in Super Smash Bros. Ultimate. You can purchase her fighter pack individually for about $6 or you can purchase the entire Fighter’s Pass for $30.