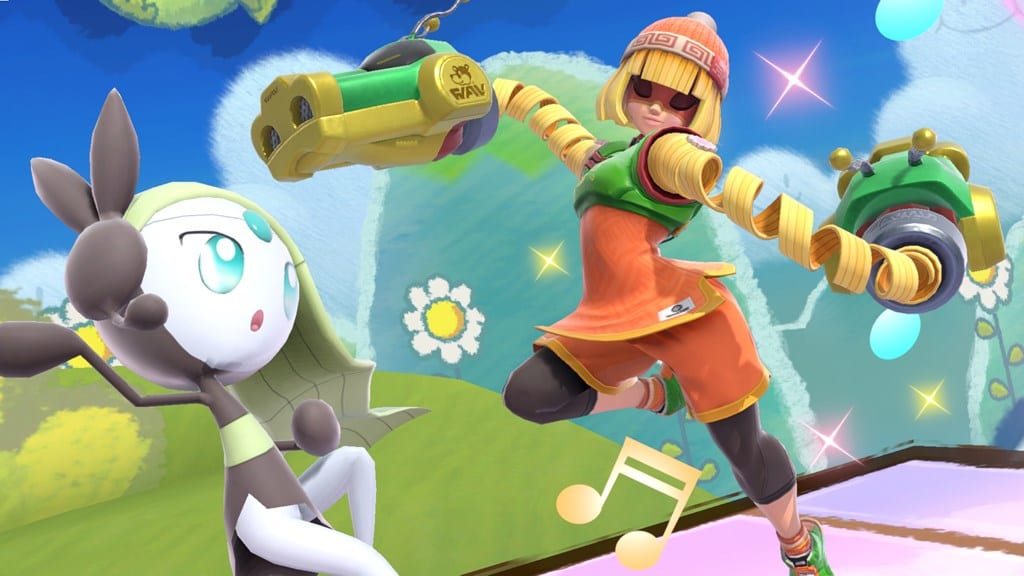 The second round of the Super Smash Bros. Ultimate Fighter’s Pass has finally begun, and Min Min from ARMS joins the already-humongous roster of video game fighters in a new update this week. Since Min Min has two very long arms, she fights a little bit differently from the others. Here’s a detailed guide on how to play Min Min in Smash Bros Ultimate.

How to Play Min Min in Smash Bros Ultimate

Like I previously mentioned, Min Min’s big advantage over other Smash fighters is her range thanks to her super extendable ARMS. She can whip and smack opponents from far away and her recovery move isn’t bad either if you’ve fallen right under the stage.

But having those long appendages means that close combat with a character is not good for Min Min. If you’re fighting against someone who loves getting in close like a sword user, you need to stay away from them as best as you can. Keep a good distance from your opponent at all times or you can prepare yourself for a quick knock out.

It’s worth noting before we get into Min Min’s special attacks, that she doesn’t really have a true side or neutral special. The A button will punch with the left ARM and the B button will control the right one. There are three ARMS available and you can switch between then by pressing down B.

And while you press A or B, you can adjust the trajectory of the punch by moving the stick up or down. You can also send out an ARM while attacking with the other one, but only in the middle of the attack.

Let’s go over these moves now:

Neutral Special (Punch) – Pressing the B button lets you attack with the right ARM.

Side Special (Punch) – Holding side and B will make your right-hand punch into a smash attack, perfect for racking up that percentage.

Down Special (ARM Change) – Right ARM will cycle through the Ramram, the Megawatt, and her laser-firing ARM, Dragon.

Up Special (ARMS Jump/ARMS Hook) – You can use this up special to get back on the stage, or even to attack an opponent.

Final Smash (ARMS Rush) – Min Min’s Final Smash will shoot her ARM toward the direction she’s facing and whoever she grabs will face the wrath of the ARMS characters in a cutscene similar to Mega Man’s Final Smash.

How to Change Different Arms

As mentioned above, you can change your arms by using your down special. Here are the different arms you can use.

As you can probably already tell, the best asset is her range. She’s fantastic at literally pushing people off the stage and punishing them whey attempt to get back.

You should have an advantage with opponents who mostly stay on the ground, but if these fighters get up and close and personal, just run away as fast as you can to gain distance.

For foes who mostly like to stay in the air, just try not to let them get too close to you and hit them with your ARMS while jumping in the air or wait for the right moment when they land on the floor.

Also, each of the three ARMS have different ranges and you don’t want to keep the same one equipped for an entire game as your strategy will be very predictable. You can switch them out by pressing down B and it’s highly recommend to switch it up every so often to mess with your foes.

And that’s our guide on how to play Min Min in Smash Bros Ultimate. Make sure to check out our guide wiki if you need more tips and tricks.

You can also check out our how to play guides for Hero and Banjo-Kazooie.