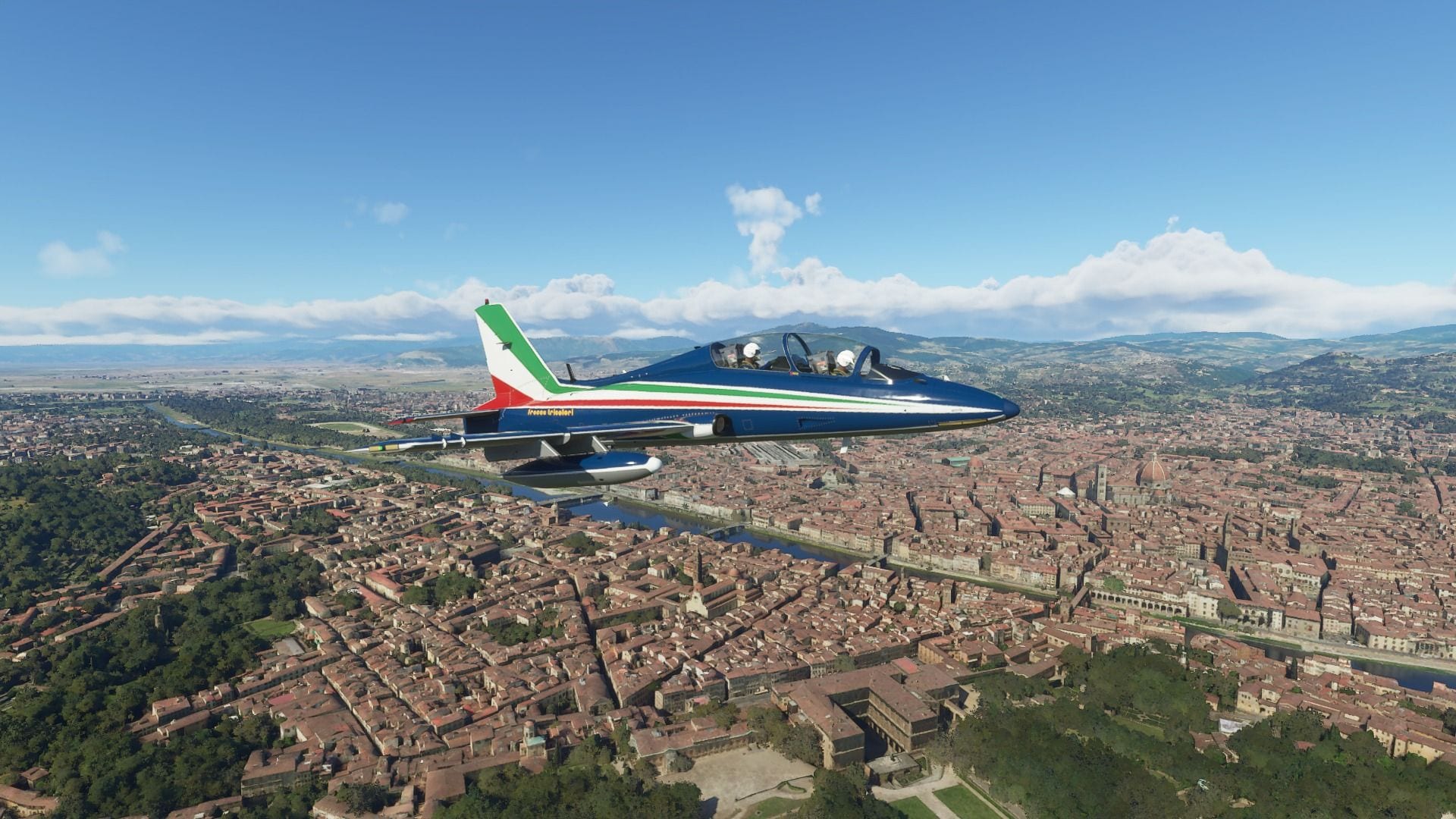 Microsoft Flight Simulator focuses on civilian aviation, but this does not mean there’s no place for sweet military aircraft.

Today the first third-party add-on focusing on a military jet has been released and looks like it’s the Italians of IndiaFoxtEcho who beat everyone else to the finish line.

The aircraft is the Aermacchi MB-339 jet trainer, primarily known for its PAN version that is used by the “Frecce Tricolori” military aerobatic team.

Both versions are included in the package, with plenty of liveries also representing the aircraft used in the United Arab Emirates, Argentina, and Malaysia (on top of Italy, of course).

It can be purchased on SimMarket for 24.40€ including VAT.

Below you can check out a couple of videos showing it in action.

Here’s a full description directly from the developers:

“The Aermacchi MB-339 is a military jet trainer and light attack aircraft designed and manufactured by Italian aviation company Aermacchi.

The MB-339 was developed during the 1970s in response to an Italian Air Force requirement that sought a replacement for the service’s existing fleet of Aermacchi MB-326. Its design was derived from that of the MB-326, rather than a new design, and thus the two aircraft share considerable similarities in terms of their design. Aermacchi had found that the MB-339 was capable of satisfying all of the specified requirements while being the most affordable option available. The maiden flight of the MB-339 took place on 12 August 1976; the first production aircraft were delivered two years later.

Roughly half of all MB-339s entered service with the Italian Air Force, while the remainder have been sold to various export customers. As well as being used for training, the type is also flown by the Frecce Tricolori aerobatic display team. The type has been used in combat by both the Eritrean Air Force during the Eritrean–Ethiopian War of 1998-2000 and the Argentine Naval Aviation during the Falklands War of 1982. In both conflicts, the MB-339 was typically flown as an attack aircraft.”

Speaking of military jets, DC Designs has entered full-time development on its F-15 for Microsoft Flight Simulator, expecting it to take at least a month or two to get everything working correctly. A release date has not been provided, but we get plenty of screenshots (sources: 1, 2).

Do keep in mind that the images are not final and PBR (physically based rendering) isn’t implemented yet. That being said, it already looks quite sweet.

Incidentally, recently Microsoft announced that the next free world update will feature the United States following the first that featured Japan. A new patch has been released earlier this week.