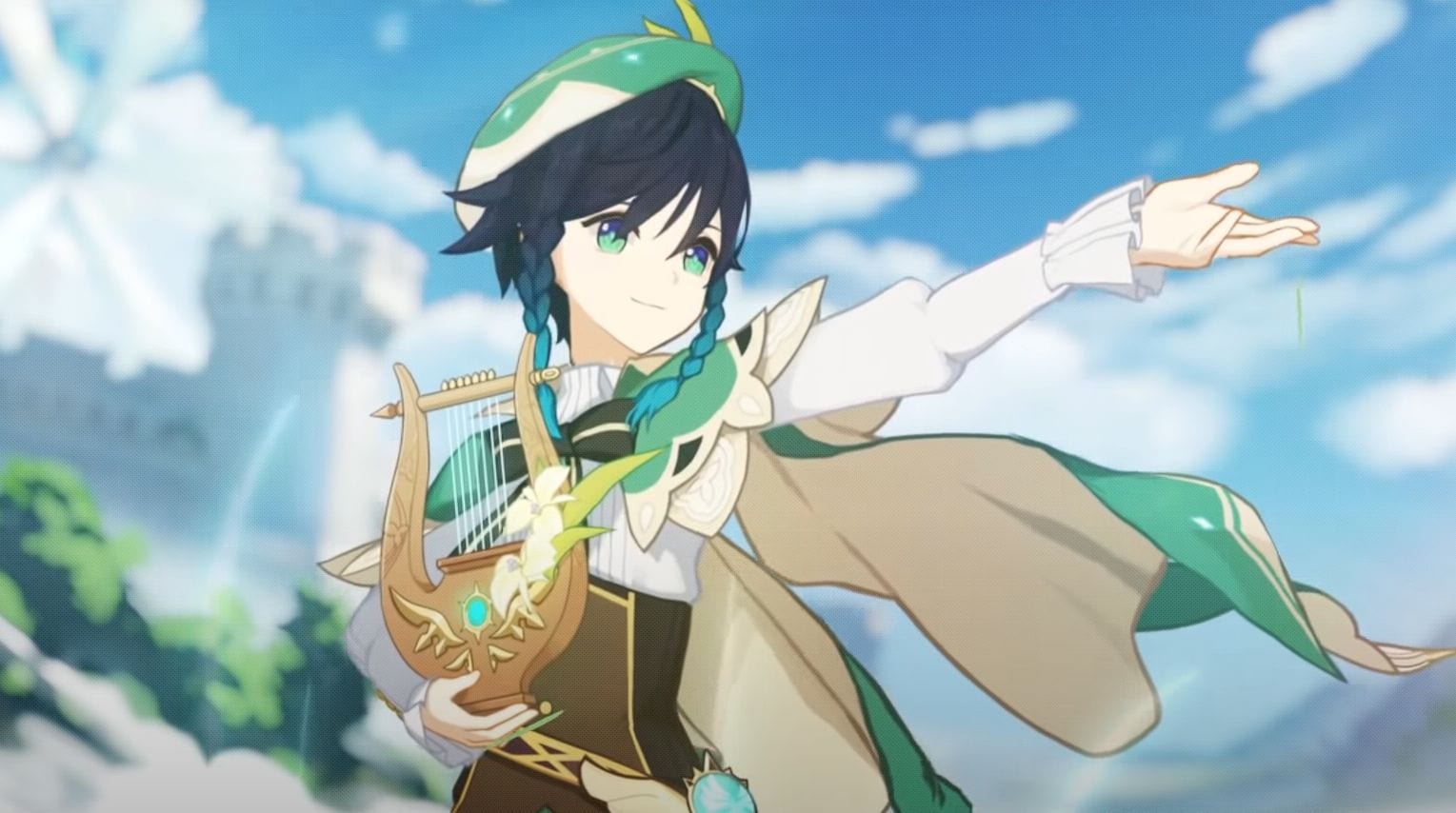 The trailer focuses on Venti’s backstory, providing another look at one of the most popular characters in the game.

“A bard that seems to have arrived on some unknown wind – sometimes sings songs as old as the hills, and other times sings poems fresh and new. Likes apples and lively places, but is not a fan of cheese or anything sticky. When using his Anemo power to control the wind, it often appears as feathers, as he’s fond of that which appears light and breezy.”

If you want to see more of Genshin Impact, you can enjoy another trailer about Diluc, the previous trailer, an earlier promotion video, another from Chinajoy, one from a few weeks ago, the opening cutascene, and two trailers introducing Fischl. You can also read our recent review.

The game is now available for PS4, PC, iOS, and Android, with a Switch version also planned down the line. We still don’t have a release date for Nintendo’s console.