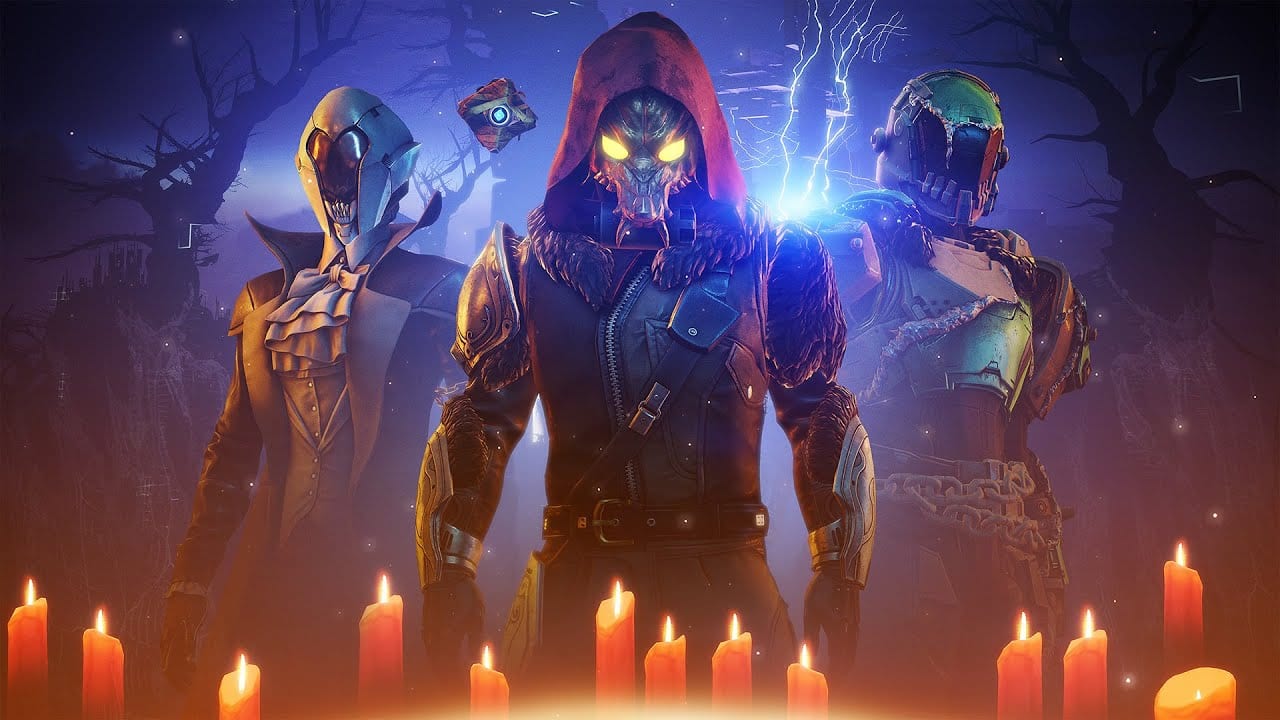 The Festival of the Lost is upon us in Destiny 2. Starting next Tuesday players will be able to participate in the latest seasonal event and try to pick some of the new cosmetics and items that are on offer this year.

On the surface it appears to function similar to last year. Players will craft and don masks while participating in activities to get Candy and Chocolate Strange Coins which they can then exchange for rewards.

In addition, players can delve into the Haunted Forest to get as deep as they can to complete weekly challenges, get additional rewards and unlock new unique temporary mods. Check out the trailer below.

You might be asking yourself right now: what are the rewards? Well I’m so glad you asked. So the primary rewards that everyone should be able to get a crack at are the reprised versions of the two Festival of the Lost themed weapons we’ve seen in recent years: Horror Story and Braytech Werewolf.

In addition, there will be new cosmetics some of which appear to be obtainable through the event without needing to be purchased such as the Restless Shell ghost shell, Tomb Rider sparrow, and Wrap Speed ship; and also others such as the new Halloween themed armor sets, that will likely need to be purchased with Silver.

We’ll see how it all shakes out for sure when Festival of the Lost launches next week on Oct. 6. It will last until Nov. 3.