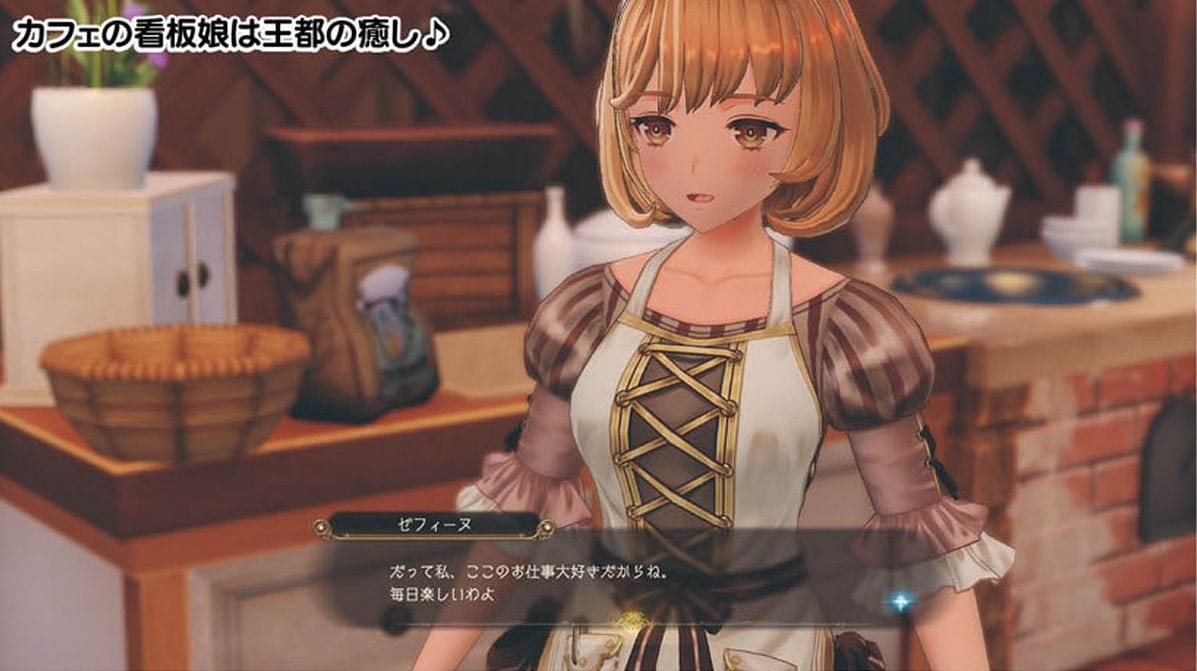 We get to take a look at the battle system alongside a bunch of new secondary characters who will appear in the game.

Zephine Bodwan works at a local cafe in the university district of the capital. Not only she’s in charge of taking care of the customers, but also of keeping the bulletin board update and and of managing the place on behalf of the owner who is hardly ever around.

The cafe itself is quite relevant due to said bulletin board as it’s where local residents posts requests that go from dispatching monsters to delivery of materials.

You can earn money, materials for alchemy, and skill points that can be used to level up Ryza. Requests are updated daily and some can be received directly from the city’s inhabitants.

Cassandra Capeli is the eldest daughter of a farmer who owns a large farm in the capital city’s rural district. The family includes five women including her and no men, and they’re having issues taking care of the whole large farmland they own. They’re producing only what they can, and they’re concerned about how to manage the land that has been left unattended.

Romy Fogel is actually a returning character and she’s a peddler who used to visit Ryza’s hometown, so she’s known to our heroine. She has decided to settle in the capital for a while, and she’s likely to provide Ryza with many more requests.

Denis Horant is a blacksmith well-known in the capital for his technique. He is also good at processing metals and engraving. He’s very friendly, but when he enters “work mode” he focuses fully and may not even hear those who address him.

Japan will get the game on PS5, PS4 and Switch on Dec. 3 and PC in Jan.2021. At the moment, we don’t know when the western release will be besides a generic “winter.”