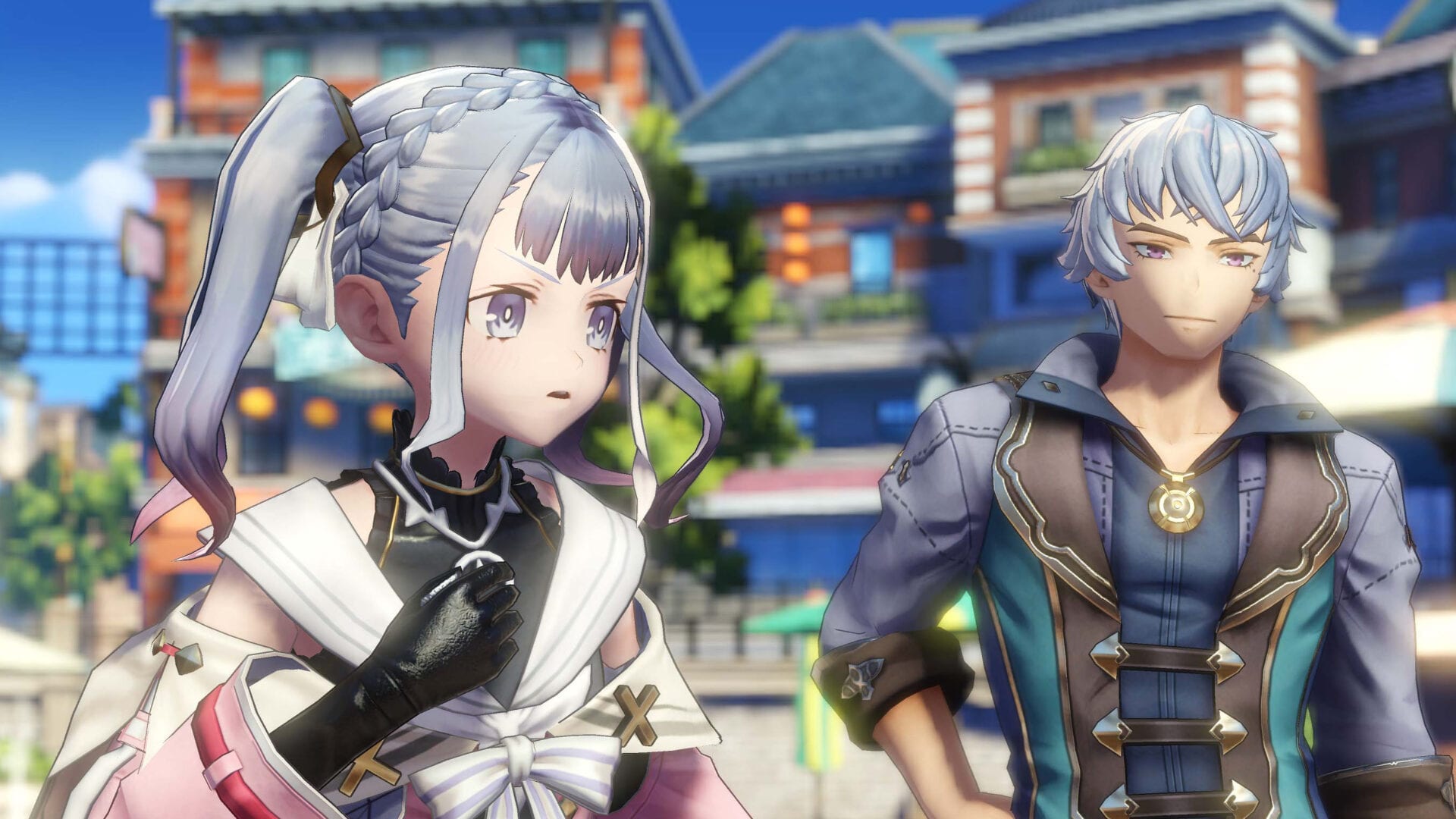 Today Koei Tecmo reached out with a press release about its upcoming JRPG Atelier Ryza 2: Lost Legends & the Secret Fairy with official information in English and screenshots.

We get to take a look at members of the cast including Partricia ‘Patty’ Abelheim, her father Volker, and Clifford Diswell.

Last, but not least, it’s time to take a look at Synthesis, including new mechanics.

Below you can read all the info directly from the press release:

“In Atelier Ryza 2: Lost Legends & the Secret Fairy, Ryza departs her peaceful hometown of Kurken Island to visit the bustling Royal Capital of Ashra-am Baird, setting up her own atelier shop while exploring the ancient ruins of the land. To uncover the mysteries that lurk within the ruins, Ryza will need to traverse her environment in entirely new ways — swinging, climbing, crawling, and even squeezing her way past a variety of obstacles. While some of these abilities may come easy to her, she’ll need the help of the mystical ‘Emerald Band’ to allow her to swing across treacherous gaps, while the remarkable ‘Air Drops’ allow her to dive underwater as Ryza looks to uncover areas with a wealth of materials perfect for synthesis.

Synthesis is a key part of Atelier Ryza 2: Lost Legends & the Secret Fairy, as it allows Ryza to take the raw materials she finds in the field and craft them into incredibly useful items for battle, gathering and exploration. The ‘Linkage Synthesis’ system from Atelier Ryza has evolved with greater depth, enabling players to simply fill the Material Loops with the required ingredients to create everything from weapons and tools to medicine. In addition, the newly introduced ‘Essence’ feature now allows players to alter the elemental trait of an item during synthesis, and by altering the essence of a Material Loop the final item can take on brand-new qualities. The “Evolution Link” takes things a step further, as players will now be able to combine two fully synthesised items together and, depending on the items thrown into the mix, might uncover an extraordinary new item.

While running her atelier, Ryza will reunite with her childhood friends Tao and Bos, while also meeting up with some new companions including the kind but reserved, Sherri Glaus; the aristocrat daughter studying under Tao, Partricia ‘Patty’ Abelheim; Patty’s father and ex-knight to the royal family, Volker Abelheim; and the part treasure hunter part thief, Clifford Diswell.

We also get the confirmation for the west that those who purchase a digital or physical copy during the first two weeks after release will get a code for the Summer Fashion Costume Set, while save data from the first game will unlock the Classic Costume Set for Ryza and her friends.

Japan will get Atelier Ryza 2: Lost Legends & the Secret Fairy on PS4 and Switch on December 3 and PC in January 2021. If I was a betting man, my money would be on a January 2021 release for the west as well, considering the patterns with other Koei Tecmo games.