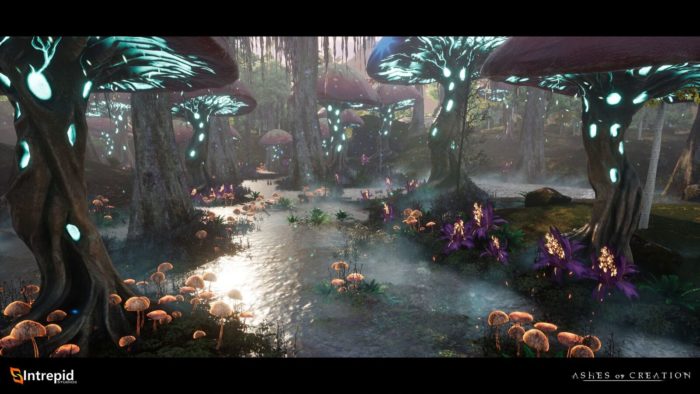 Intrepid Studios, the developer behind anticipated MMORPG Ashes of Creation, revealed the dates for the upcoming Alpha One Playtest.

Pre-test previews will begin later this year in December and will slowly ratchet up to the full blown, month long, Alpha One next year on April 6.

Check the schedule out for yourself below:

Ashes of Creation has been worked on for quite some time now. Its Kickstarter where it raised over $3 million was nearly exactly three years ago now.

While progress has seemingly been slow, Ashes of Creation’s potential remains intact; a game that aims to be a classic “massive” feeling MMORPG brought into the modern age.

It has ambitious ideas such as an ever-changing world where player actions influence the development of the game’s world such as small settlements growing into a metropolis. It also aims to have a realistic economy with limited supply and trade routes that need to be defended.

Way back in 2018 we got a feel for Ashes of Creation and walked away impressed. However, sadly, MMORPG that promises a lot and fails to deliver is a tale as old as time. Hopefully Ashes of Creation’s Alpha One next year demonstrates that this time it’ll be different.

If you’re interested in seeing how it’s coming along, you can check out some fairly recent gameplay footage here.