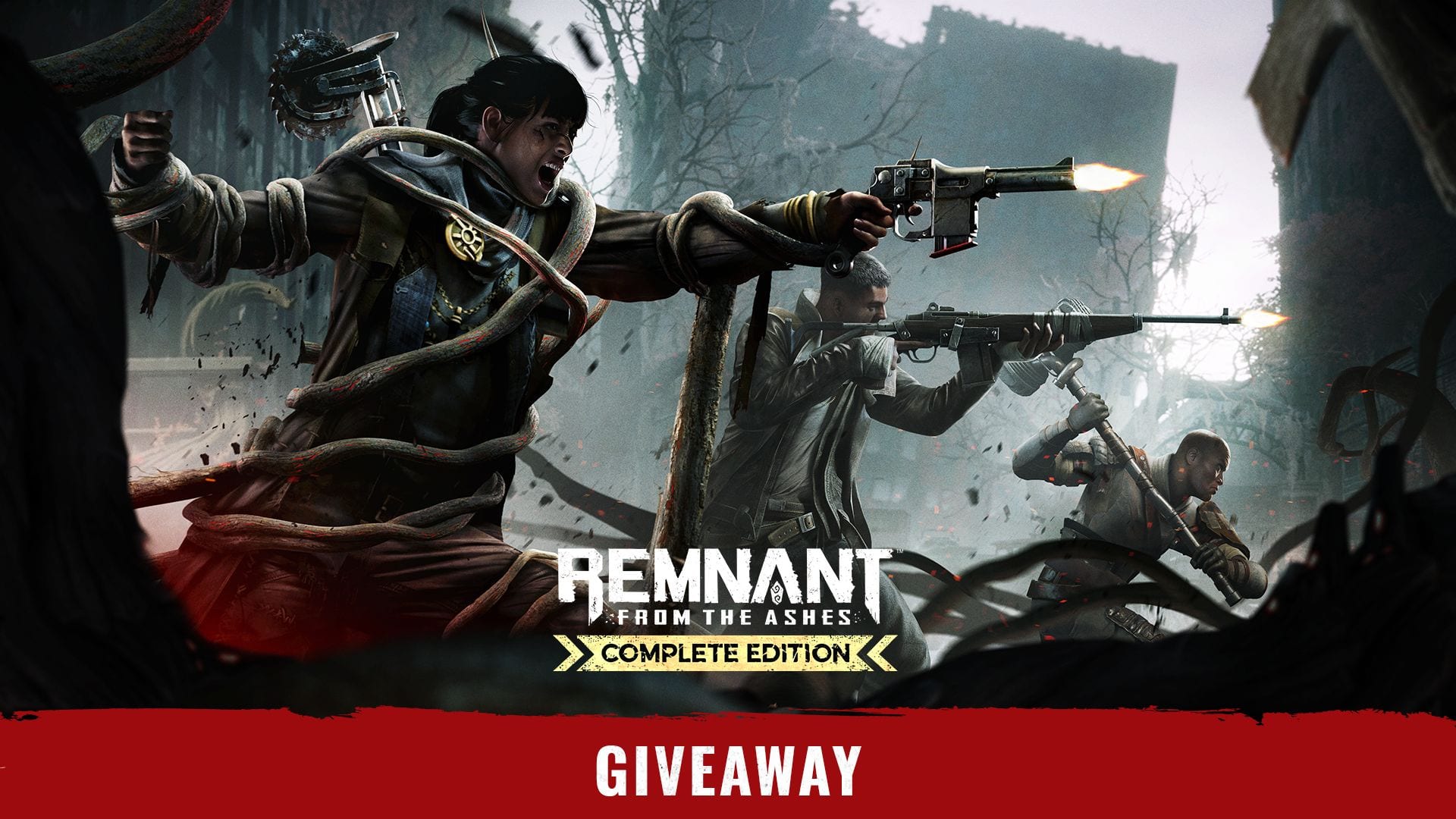 Gunfire Games and Perfect World Entertainment recently released the Remnant: From the Ashes – Complete Edition, and we’re celebrating with a brand new giveaway.

With this giveaway, you can win one of six PS4, Xbox One, and PC codes of the Complete Edition (including the main game, the Swamps of Corsus DLC, and the Subject 2923 DLC), Kindly offered by the publisher. To be specific, we have two codes for each platform.

The way to get involved is really easy.

IMPORTANT: Given the fact that we have two codes per platform, you will need to add your platform of choice to the end of each comment to make sure that you receive the game for the appropriate console. This means “PS4,” “Xbox One,” or “PC”. You can pick only one platform per comment. Only comments with the indication of your platform preference will be eligible.

On September 3 at 11:59 EDT we’ll randomly select six comments (two per platform) made after this post has been published, and the authors of these comments will win a digital download code for Remnant: From the Ashes – Complete Edition for their chosen platform.

Once the winners have been drawn, I will respond to the winning comments, and we’ll also publish links to them in an update to this post. At that point, you should respond to my comment, and at the same time, send me a mail at [email protected] indicating your Disqus nickname. The timing is important, as it’ll prove that you are indeed the winner.

Update: the giveaway is now closed. the winners have been decided! Find the winning comments below. Congratulations! If you’re listed, please follow the bolded instructions above to claim your prize. Do keep in mind that if a prize isn’t claimed by Tuesday, September 8, that entry will be disqualified and we’ll proceed to draw another winner.

Shootfirstlater:  May be some time till I could enjoy the game well with RTX on. Also sad that one cannot romance Keanu Reeves character from what I read. PC

ValHarlla: I wonder how old I’ll be before this game actually releases. Hopefully before 2030. PC

Andy: Pretty good lineup of games right there. Observation is really good so if you missed that play it here. PS4

Ann Kvlter’s Delta Rage: Looks interesting but after playing Ghost of Tsushima, I’m feeling like this may land a little softer. [PS4]

Roman K: Outer Worlds is a great game with interesting space setting, charismatic characters, almost infinite upgrade options and unpredictable plot twists. I’ll probably check out this DLC, if they make it available for free for Game Pass subscribers. However, to be fair I am not really a DLC guy and more often than not upon completing the main game I tend to switch to something else game-wise. Anyways, thanks for bringing this news to my attention (Xbox One).

Slava Kozyrev: Xbox is my primary gaming platform. However, I would never wage a war against Sony players. In fact, as soon as I can afford it, I am buying PS console to complement my Xbox gaming experience. Two consoles are better than one. The Last of Us, God of War, Horizon Zero Dawn are all on my radar. /Xbox please/

Below you can read about the game and its DLC included in the prizes.

In Remnant: From the Ashes: The world has been thrown into chaos by an ancient evil from another dimension. Humanity is struggling to survive, but they possess the technology to open portals to other realms and alternate realities. You must travel through these portals to uncover the mystery of where the evil came from, scavenge resources to stay alive, and fight back to carve out a foothold for mankindto rebuild…

In the Swamps of Corsus DLC: Delve deeper into the story of the Iskal Cult on the marsh world Corsus, and take on the intense challenge of the rogue-like Survival Mode – start with a pistol and scrap, and see how long you can survive in a single playthrough against enemies and bosses that grow stronger.

In the Subject 2923 DLC: Pick-up where the Remnant: From the Ashes story left off, in a brand-new campaign where you will traverse unfamiliar zones, meet unexpected allies, and conquer new threats as you seek to put an end to the Root once and for all.