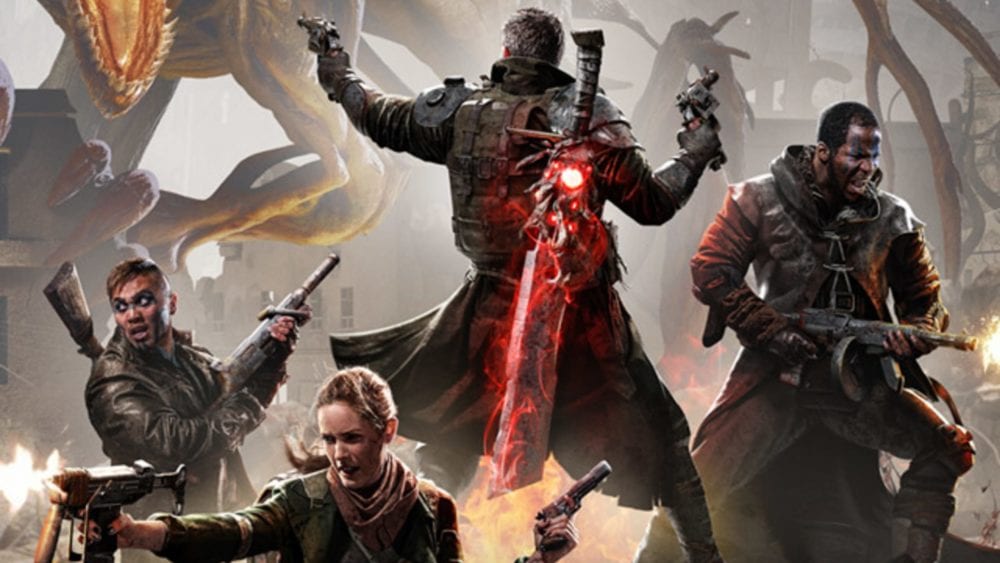 Remnant: From the Ashes on PC

Remnant: From the Ashes offers the kind of experience I never knew I wanted: a brutally hard cooperative shooter with rogue-like tendencies. It features some snappy gunplay and thrilling boss encounters, and a crazy amount of replayability.

Set on a post-apocalyptic Earth, mankind is on its last legs as inter-dimensional tree-monsters known as the Root have almost entirely occupied the surface.

The surviving humans are besieged in Ward 13, an abandoned underground research facility where the World Stones were studied. The World Stones function as the game’s checkpoints and teleportation hubs, and narratively they are the reason the Root arrived in the first place.

The elevator pitch for Remnant I’ve seen bandied about is that it is Dark Souls but with guns. I don’t think that is a very imaginative comparison, and besides, Dark Souls with guns already exists, it’s called Bloodborne.

Remnant’s world, while perfectly functional in its own right, isn’t nearly as compelling as anything FromSoftware has created. And while there are certainly elements of the Souls series in Remnant, they are some of its least engaging.

Perhaps the biggest difference between the two lies in combat, as Remant is unabashedly a third-person shooter. There is a real weight to a movement, and while you can crouch, cover isn’t really a thing here.

It’s less like the Gears of War games and more like the new Deus Ex series, actually. You can equip a long gun, a sidearm, and a melee weapon, and precision aiming is a little bit fiddly, but shooting otherwise feels great.

Perhaps the most unique aspect of Remnant is its procedural generation. When you start up a new game and leave Ward 13, you will be dropped onto Earth, and you will begin to fight your way through the Root.

The main areas of the game are connected by dungeons that serve as gateways, funneling players into boss encounters. But everything, from the layout of the connecting areas, the dungeons and even the bosses themselves can be radically different on any given playthrough.

I’ve played through the game nearly three times now (around 15 hours for the first, less for subsequent runs), and I have to say this is probably the most impressive aspect of the game.

There are still bosses I haven’t encountered. There are dozens of them in total, and they come in all shapes and sizes. Everything from the massive Ent that fires howitzer-like seedlings from its back to the Undying King, who slowly stalks you with a blade in hand, as his minions surround you.

Defeating bosses will reward you with crafting materials that can be converted back in Ward 13 into either new weapons and armor or powerful Weapon Mods, which function as the games special abilities.

Weapon Mods are really cool and quite unique, and there are 27 in total. You won’t see even a third of them in a single playthrough, though. They can range from simple damaging buffs to summoning in temporary allies or even allowing you to teleport. Your build, such as it is, is determined by the weapons you choose to wield and the abilities you imbue them with.

On the subject of weapons, there is a great variety here. From conventional hunting and assault rifles to crossbows that fire circular blades to flaming swords and burst rifles carved from eldritch wood. Nothing feels too overpowered, and everything feels viable.

This all creates a deeply satisfying loop. You clear dungeons and defeat bosses, which rewards you with materials to upgrade your existing gear or craft new and exotic weapons. You can then take on harder dungeons, and the cycle begins anew.

It’s really cool, and it always makes things feel fresh. I wish I could say the same for some of the map designs though, as it is here that the procedural generation becomes a handicap and not an asset. Passageways that in any other game would contain treasure end disappointingly, with a dead-end and nothing to show for your troubles.

There are four worlds that you will journey too in Remnant, and each has an interesting visual style. The deserts of Rhom contrast well with the forest of Yaesha, for example. Each has its own fearsome foes to face, and I was quite surprised to learn that you really don’t spend a lot of time of fighting the Root, the foe that the game makes out to be the greatest threat.

Special mention should be given to the game’s sound design, which is uniformly great. Enemies make disgusting mouth sounds that actually scared me in places, wondering what could possibly be around the corner.

The voice acting in Remnant is pretty great across the board, too. It’s just a shame that you often feel pressured to skip through it when playing with others, as some characters have reams and reams of dialogue to expound.

There are a couple of minor issues that I imagine will be patched out, but are worth mentioning. Inexplicably, only one player can speak to a merchant at a time, which means you will need to form a line in order to sell or upgrade your gear.

Boss balance can feel a little off at times too, and some spawn so many minions you feel like you really need to be playing multiplayer to deal with them effectively.

But Remnant: From the Ashes is, overall, a solid game, and the best cooperative experience I’ve had in years. Developer Gunfire Games may just have the surprise hit of the season on their hands because at the time of this writing it is currently the top-selling game on Steam.

While its lore and characters fail to hit the highs of similar titles, and the random nature of its map design means there is little in the way of environmental storytelling, Remnant does manage to create an atmosphere that is simultaneously captivating and oppressive.

Remnant is a game worth taking a chance on, especially if you have a couple of friends to watch your back. After all, it’s dangerous to go it alone, and there is safety in numbers.