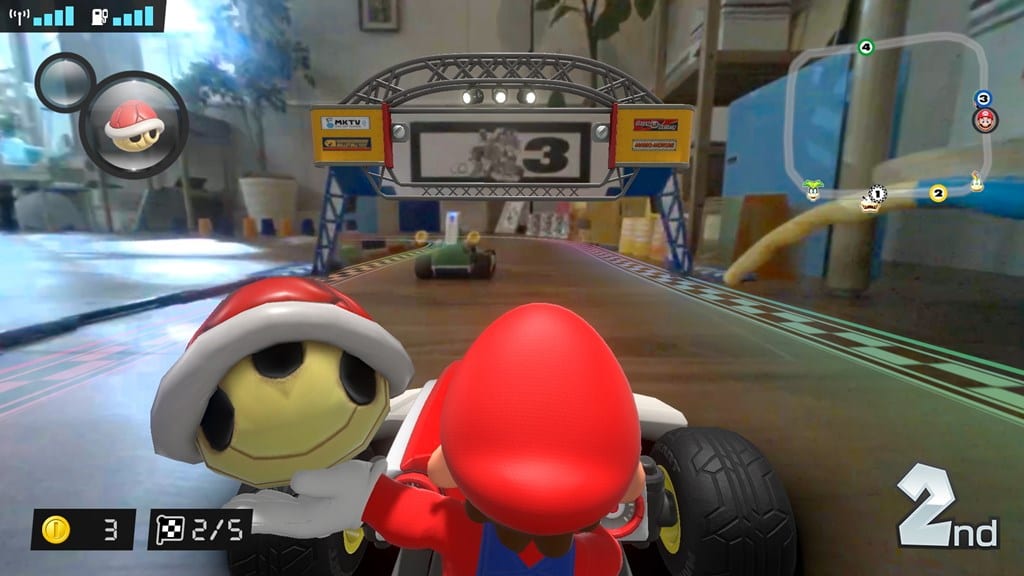 Before you all get too excited, no, this is not a new numbered title in the franchise and will not replace the big-seller that is Mario Kart 8 Deluxe.

Instead, Mario Kart Live involves controlling a physical kart and racing it around your home with custom courses that you can build yourself.

If it sounds confusing, you can read the press release down below or check out the trailer for yourself:

Created in partnership with Velan Studios, Mario Kart Live: Home Circuit brings the fun of the Mario Kart series into the real world by using a Nintendo Switch or Nintendo Switch Lite** system to race against opponents using a physical Kart.

The physical Kart responds to boosts in-game and in the real world, stops when hit with an item and can be affected in different ways depending on the race.

Players place gates to create a custom course layout in their home, where the only limit is their imagination. Race against Koopalings in Grand Prix, unlock a variety of course customizations and costumes for Mario or Luigi, and play with up to four players in local multiplayer mode.*** Mario Kart Live: Home Circuit, which is available in a Mario Set or Luigi Set, launches on Oct. 16 at a suggested retail price of $99.99.

Mario Kart Live: Home Circuit will launch exclusively for the Nintendo Switch on Oct 16 for $99.99. This price seems to include the actual game, tools for your courses, a racing kart and you can choose between a Mario or Luigi set.

You can also check out some official screenshots down below:

It has been a wild morning with all of these Mario announcements but if you’re just catching up, here’s our article on the Super Mario 3D World port coming to Switch, and another for Super Mario 3D All-Stars, a remastered collection that includes the first Super Mario Galaxy, Super Mario 64, and Super Mario Sunshine.