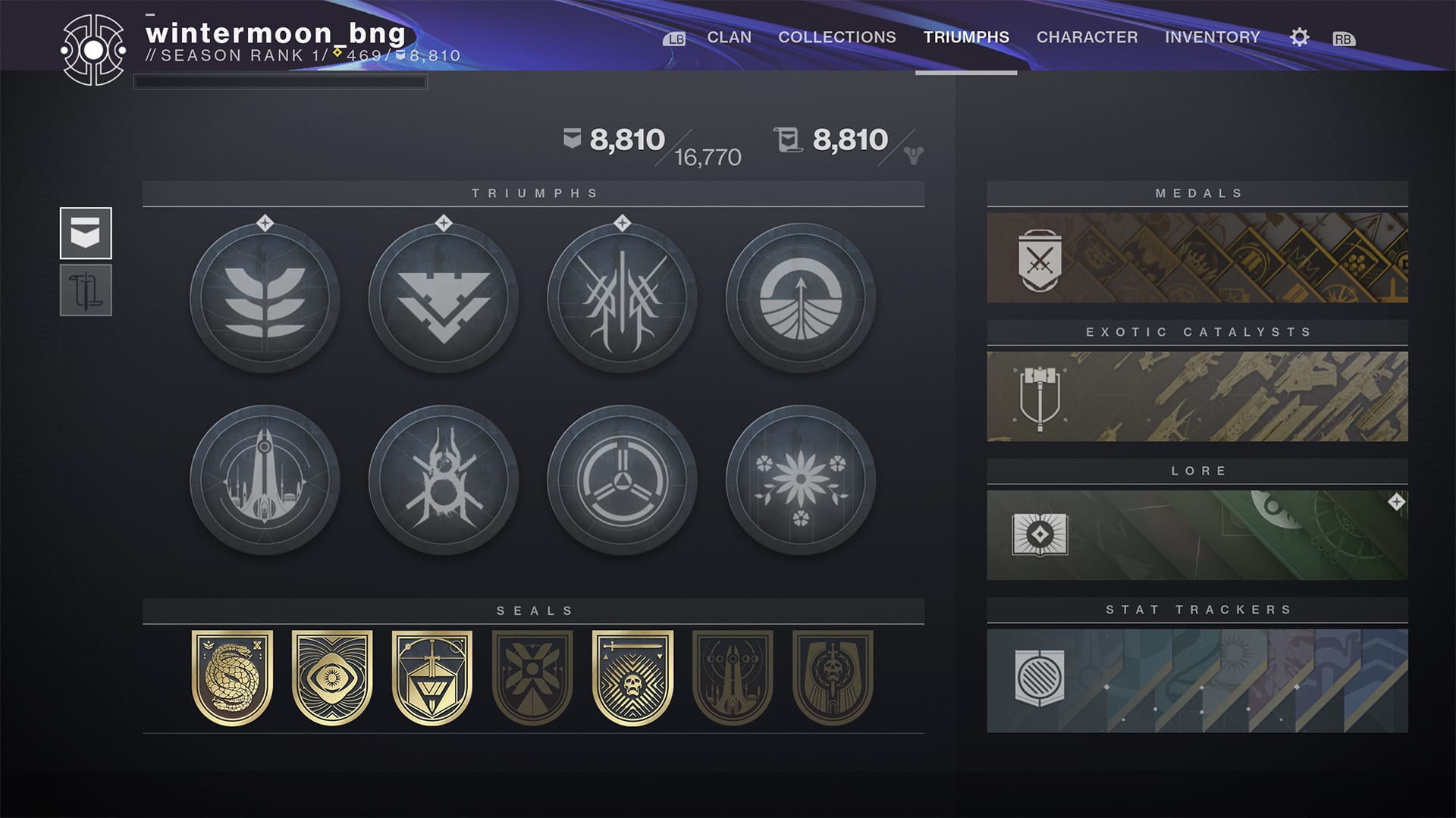 Today in the latest TWAB, Destiny 2 fans got a deep dive into what is going to happen with triumphs, seals, lore, and medals once Beyond Light hits in November, and as content is moved into the Destiny Content Vault for the first time.

It’s quite the deep dive into something that in the grand scheme of things is a fun side pursuit, but here are the cliff notes.

The simplest way to distill what Bungie will be doing with triumphs is that there will now be two scores at any given time. Your Career Score, which will keep track of every triumph you’ve ever completed, and also an Active Score which will track what is currently attainable in the game.

The reason the distinction is being made is because as content is moved into the DCV many triumphs, and also seals, will no longer be able to be achieved. Also, Bungie wants to make sure that your career history is preserved, while also having an up-to-date triumph system that new players that might have missed out on older content, can still participate in and max out potentially.

It was made explicitly clear that the following seals will no longer be attainable when Beyond Light hits, so make sure to get them if you haven’t already. You need to also equip them at least once to make sure they are definitely locked in.

Also, lore will be getting its own section now making it more prominent and easier to read according to Bungie. A very underrated change considering how good the lore is but how frustrating it is to keep up with.

In addition, all lore through Season of the Arrivals will be readable to everyone when Beyond Light hits and going forward, future lore will get the same treatment once they become legacy triumphs aka when it moves into the content vault.

Finally, and also much needed, medals and catalysts will get a new look to make them easier to track and follow as well instead of being hidden away deep in the triumphs section.

If you want the complete breakdown of the new triumph system in Destiny 2: Beyond Light you can check that out here.

Destiny 2: Beyond Light releases on Nov. 10 for PS4, Xbox One and PC. Destiny 2 is also currently available on Xbox One Game Pass.