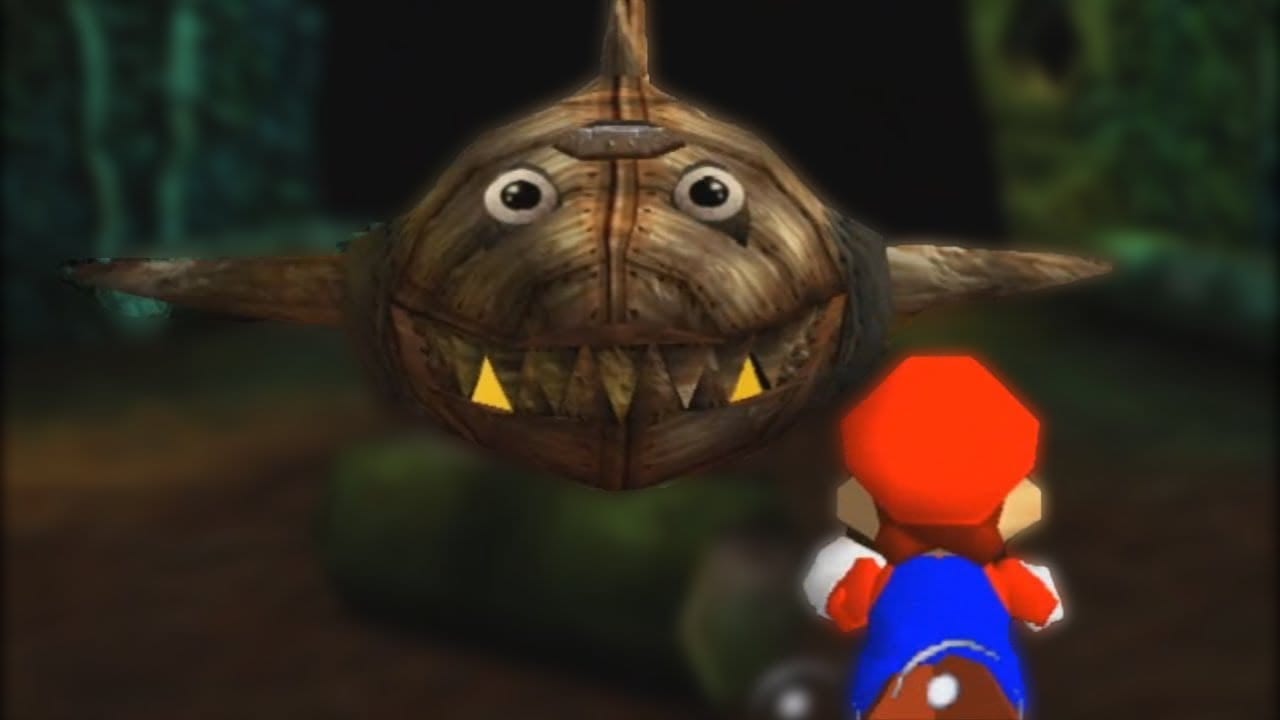 A YouTuber by the name of Kaze Emanuar, a prominent Super Mario 64 community member, has recently shared a preview of a new project they are working on: Super Mario 64 x Banjo-Kazooie.

The mash-up still has Mario collecting Notes and Jiggies, but Mario is limited to his original moveset, plus new ones that he can learn from Jamjars.

For example, Mario learns an ability that allows him to spin his arms around in a propeller motion to zoom around underwater. The player navigates around Clanker has to contend with enemies both from Banjo-Kazooie and Super Mario 64 in the demo.

The sound effects appear to be mostly from Super Mario 64, but the music is still anchored to what was heard in Banjo-Kazooie. However, instead of using Grant Kirkhope’s track, it appears to be some kind of remix that mashes Clanker’s Cavern’s with sounds/music from Super Mario 64.

I have no idea if this is just a preview of a short demo, or an actual full-length project that’s in development. It seems to be the latter as the video’s description touts that “Every Level in this mod has 12 Jiggies. 48 Jiggies are now done. 140 Are planned.” Either way though, it’s a neat mashup that I’d love to see happen officially.

This is not the first time Kaze Emanuar has made something very cool that we featured here at Twinfinite. Kaze Emanuar made an unofficial sequel to Super Mario, and created Super Mario Bros. 64, a game that mashes up the 2D and 3D classics. Check out Kaze Emanuar’s channel for lots of other neat projects such as Super Mario 64 Maker.