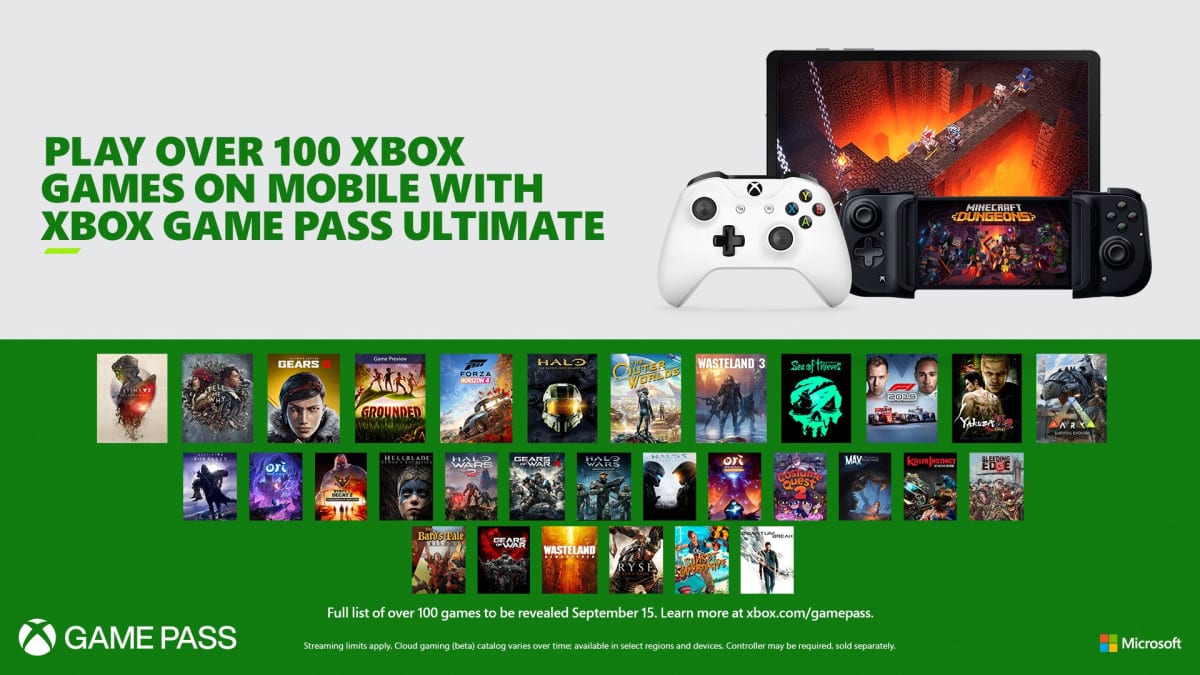 Microsoft has today announced that beginning next month, Sept. 15, all Xbox Game Pass Ultimate members will have access to Project xCloud’s library of 100 games, all available to stream to mobile devices.

As confirmed last month, this new free service requires no additional upgrade. Cloud gaming will launch initially in beta for Xbox Game Pass Ultimate members in 22 markets before scaling up to other regions.

xCloud’s streaming functionality includes access to all Xbox family features, including friends list, achievements, controller settings, and saved game progress. That means, for example, you can continue a campaign playthrough of Gears 5 on your Xbox One from your phone while traveling, so long as you have a stable internet connection.

Microsoft is partnering with Razer, PowerA, 8BitDo, and Nacon to create all-new accessories specifically designed for cloud gaming. These include different types of phone clips that adapt to a wide range of devices, travel controllers that fit in any bag, and exclusive Xbox-branded controllers that split apart and attach to the side of your phone. There’s a full breakdown of each of the peripherals coming here.

Project xCloud Preview has been in beta since late last year and has been steadily rolling out to new regions ever since.

Xbox Game Pass offers over 100 games that enter and leave the service on an ongoing basis, with the Ultimate version also including PC games and Xbox Live Gold.