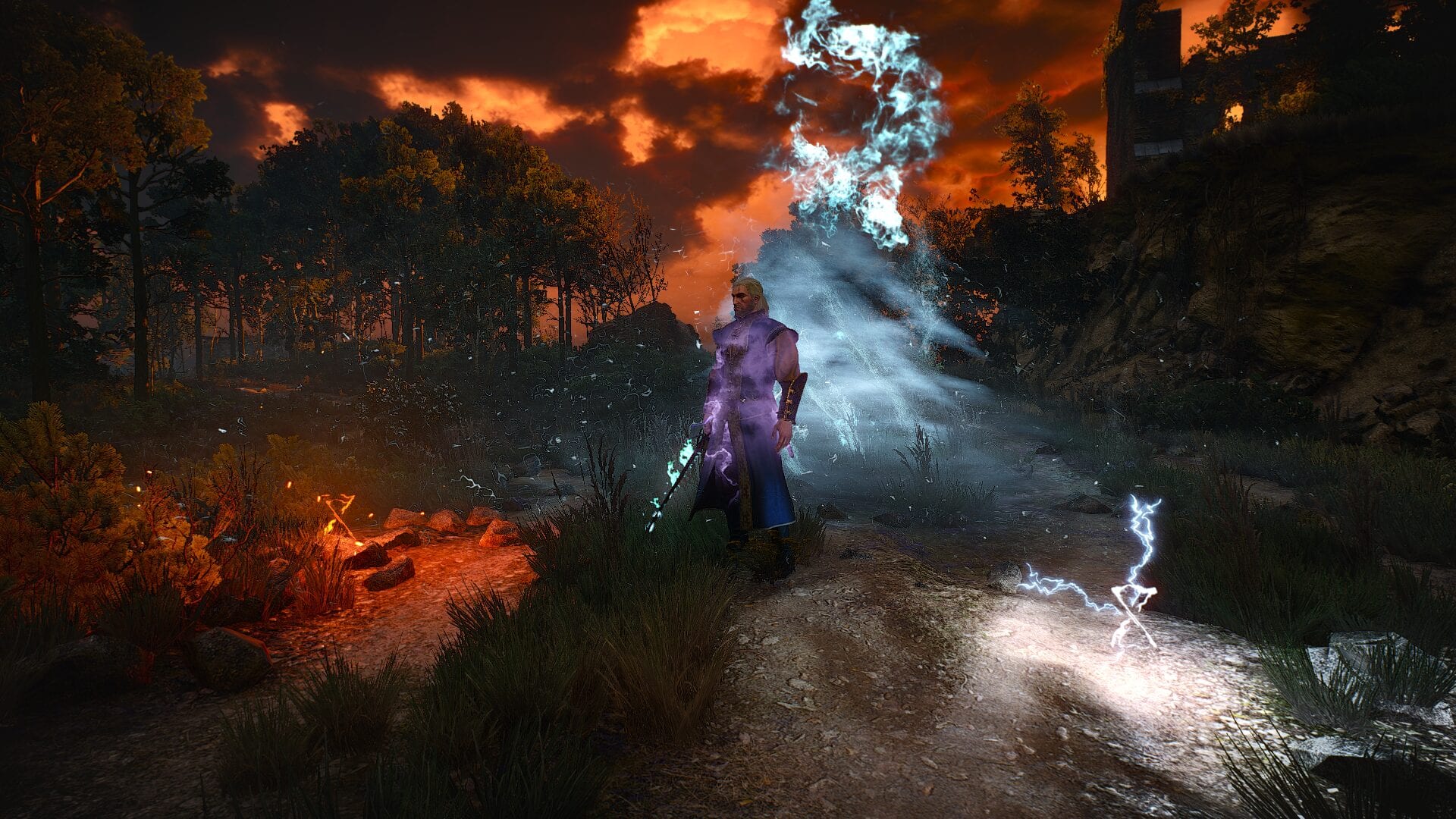 There aren’t many games I can work up the enthusiasm to play more than once, honestly. But The Witcher 3: Wild Hunt is different; it’s basically my digital happy place. And now, thanks to Nexus Mod user menschfeind13’s new and improved Magic Spells mod, there’s more reason than ever to experience the epic saga all over again.

Magic Spells has actually been out for a while, but this latest version enhances its performance and compatibility. Not only is it now better suited to merging with other mods, but there’s a new hotkey menu feature and extra customization options.

Essentially, Magic Spells turns Geralt into Warlock. With the mod installed, he now has access to 25 different items and trophies that offer a whole new range of offensive spells in addition to his standard Signs.

As you’ll see in the tutorial video below, each of the animations has been crafted to a very high standard and their effects add a whole new layer to the combat experience.

Obviously, Magic Spells is only available for those playing the PC version of the game. Installing mods for The Witcher 3 isn’t especially difficult if you’ve not done it before — it’s typically just a case of creating a new folder and dropping the mods inside. You’ll find instructions and plenty of support over Nexus Mods.

For those interested in adding even more weapons to Geralt’s arsenal, there’s a sweet Firearms mod that recently came out that adds guns into the mix.