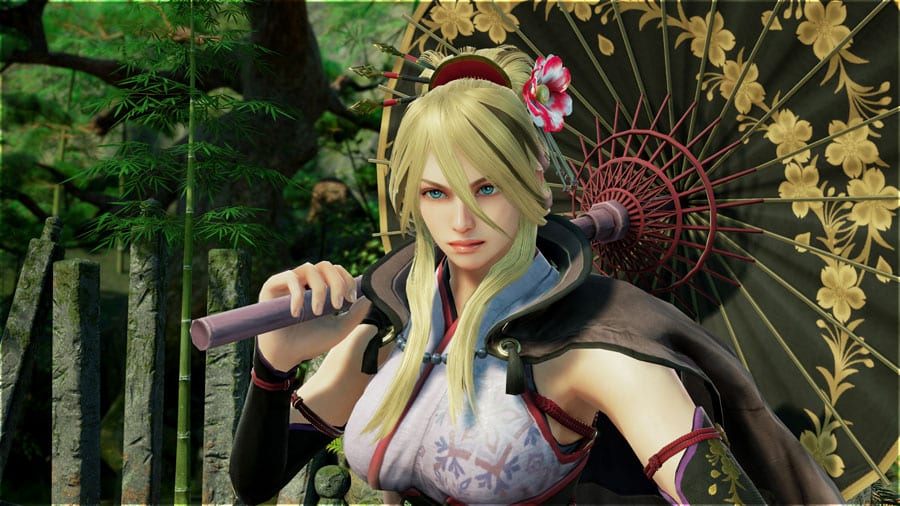 We get to see Setsuka herself and a lot of costume parts included in the Character Creation Set E. They will be respectively the eleventh and the twelfth DLCs for the game and they’re releasing tomorrow.

Interestingly, quite a few of the costume parts come from the other popular fighting series from Bandai Namco, Tekken.

“Introducing the newest entry in the SOULCALIBUR series!
Experience all-new gameplay mechanics with the most beautiful graphics the weapons-based fighting genre has ever seen!

A wide variety of game modes!
Clash with players around the world in Online mode!
Create your own character to suit your tastes in Creation mode!”