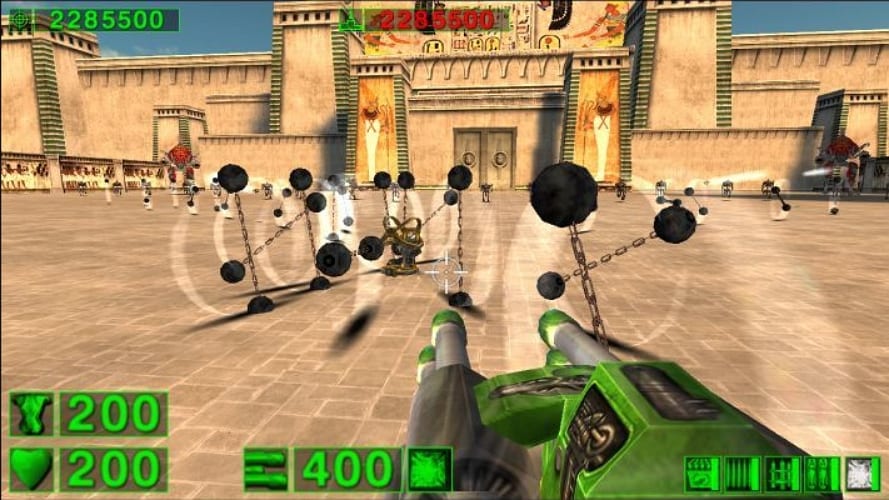 The first game in the Serious Sam franchise is free for a limited time on the DRM-free digital marketplace GOG alongside the store’s Harvest Sale.

The classic 2001 PC first-person shooter Serious Sam: The First Encounter is free on GOG beginning today and ends in 48 hours on Aug. 26. Its direct sequel, Serious Sam: The Second Encounter, is also on sale through GOG for 89 cents.

The free giveaway is in conjunction with pre-orders beginning today for the latest game in the series, Serious Sam 4, which will launch on PC through GOG, Steam, and Google Stadia on Sept. 24.

The platform is running a special offer for real-time strategy game Iron Harvest with a free copy of Sudden Strike 4 by pre-ordering. The Harvest Sale runs until next week on Aug. 31, while the Iron harvest pre-order offer will be available until Sept. 8.