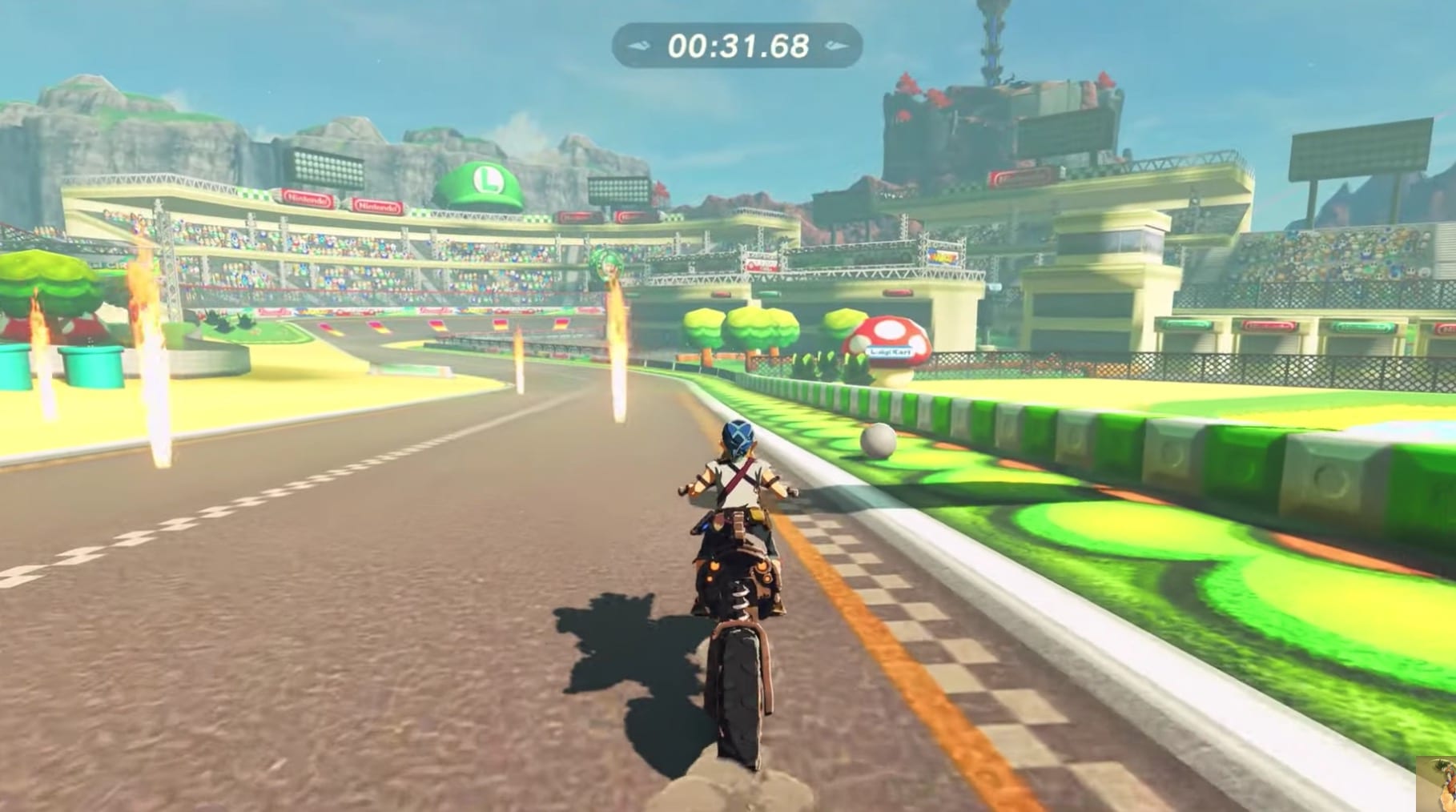 Nintendo released The Legend of Zelda: Breath of the Wild in 2017 for the Switch and Wii U and modders have done some incredible things since then, such as making Zelda and Bowsette playable characters.

Now, another modder has somehow managed to add an entire Mario Kart Wii track into Breath of the Wild –yeah, it’s wild.

Waikuteru created the mod, and they uploaded a video yesterday showing off the new “mini-game” in action. It’s called Time Trial Mini-game, and there’s even a brand-new NPC named after the modder that explains how the game works, which is impressive in and of itself, let alone the track being inside a Zelda game.

You can watch Link shred the tracks with his motorcycle in the video down below.

The mod will be publicly released on Aug 18, 2020, if you want to try it out for yourself, or you can subscribe to the modder’s Patreon for instant access.

Now, I’m just asking for a friend, but we can get Moo Moo Meadows in Breath of the Wild 2? Thanks.