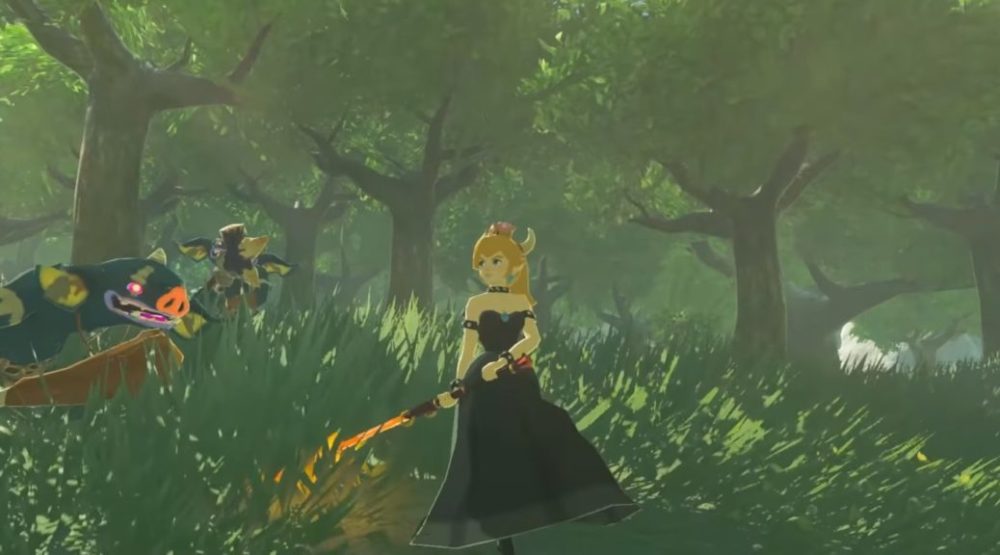 Visually, you can definitely see the Link base underneath the mod, but it does a decent job of translating this fan-made phenomenon to the game. The modder has even added dress physics which have, well, mixed results. A full video, which you can see below, shows off Bowsette, who looks pretty wicked:

The mod is only available via PC emulation and, judging by the frame-rate issues, is still very much a work-in-progress. The mod looks promising, however, allowing players to bring a new princess to Hyrule.

Bowsette took the internet by storm after artist aykk22 answered a fan request regarding what would happen if Bowser used the Super Crown item from New Super Mario Bros. U Deluxe. The Super Crown makes a cross between Princess Peach and Toadette, thus hypothetically spawning the character if Bowser was so inclined to use it.

The character set off a wide array of fan art responses, with some gamers pining for an official response from Nintendo via future integrations into games. For now, Bowsette fans will have to be content with parachuting across Hyrule, which doesn’t seem like too bad of a compromise. Bowsette of the Wild, anyone?

Comments
Continue Reading
Related Topics:Bowsette, The Legend of Zelda: Breath of the Wild