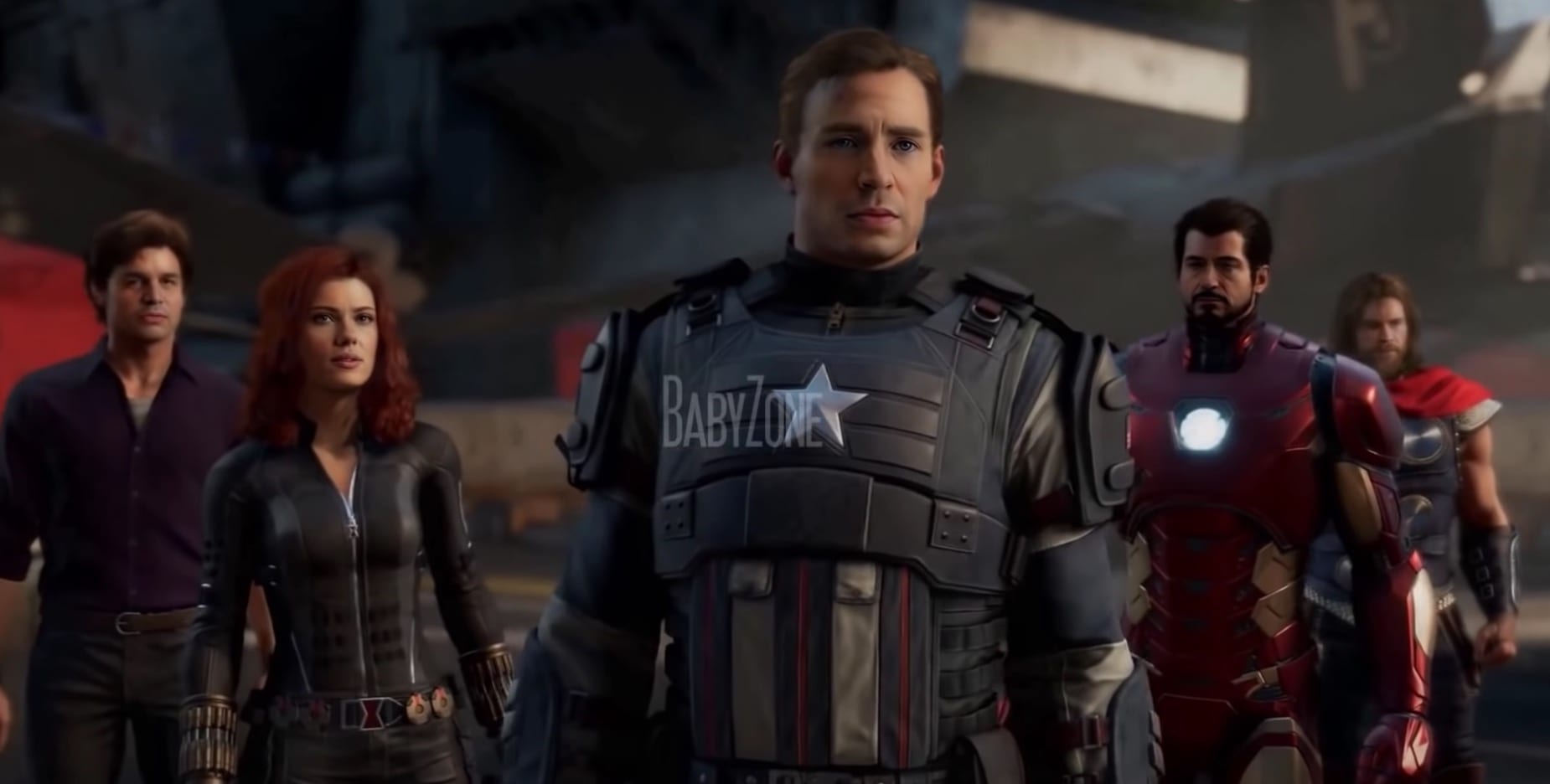 When Crystal Dynamics and Square Enix first showed off Marvel’s Avengers in all of its glory, I think most of us can admit that the faces of these well-known Marvel characters didn’t look quite right; Crystal Dynamics even remodeled the faces!

And it’s not that they don’t look like their MCU counterparts, but it’s the fact that they all look very similar to the big Hollywood stars that play Iron Man and Black Widow –it’s uncanny.

It would’ve been interesting to see how people would have felt if Robert Downey Jr. and the rest of the gang would have reprised their roles in a video game format.

But today we don’t have to imagine what that would look like, because someone has actually done it… sort of.

BabyZoneGaming on YouTube is known for creating videos using DeepFake technology, placing the likeness of these Hollywood actors over the video game faces.

For this latest video, they take Robert Downey Jr, Chris Evans, Scarlett Johansson, Chris Hemsworth and Mark Ruffalo, and has plopped them into a Marvel’s Avengers trailer.

Does it make the game better? I can’t tell you.

Marvel’s Avengers is set to launch on Sep 4 for PC, PS4, Xbox One, Stadia, and then, later on, PS5 and Xbox Series X.

The title will be a launch game for PS5 and Xbox Series X and will offer a free next-gen upgrade for those who buy the game on current-gen systems.