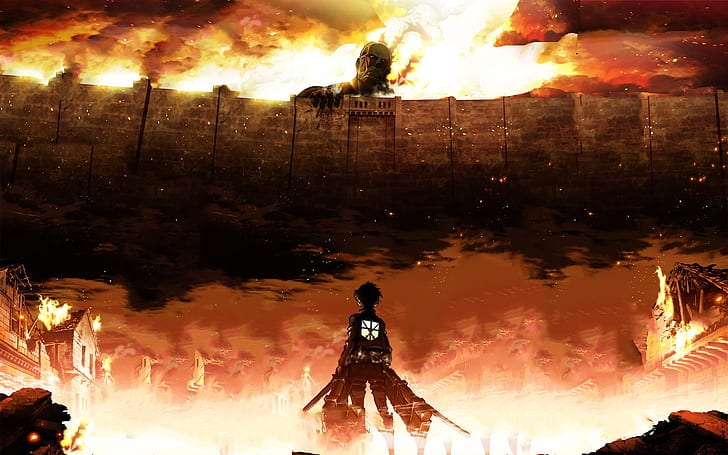 Across three seasons, with a fourth fast approaching, Attack on Titan has taken the anime world by storm. The series’ fast-paced action, beautiful visuals, and insane plot twists are just a few things that have drawn fans to hold it in such high regard.

In a world that is as large as the Titans that inhabit it, Attack on Titan hides a lot of details and interesting trivia in plain sight just about every episode. We’ve compiled a list of those interesting tidbits to test your knowledge of the series.

So suit up your Omni-directional mobility and get ready to tackle one titan of a quiz below! And if you like this one, head on over to our quiz page for even more fun!

Test Your Attack on Titan Knowledge With This Trivia Quiz

What number is Eren's training squad in Attack on Titan?

Who is the first person to be eaten by a Titan?

What was manga artist Hajime Isayama's inspiration for Titans?

What was developed especially to fight the Armored Titan?

Who is the shortest character at the start of the show?

What percentage of the Eren's Cadet Core joins the Survey Corps in Season 1?

How many of the robbers does Eren kill?

Who is the only character of Asian decent?

What is the name of the second outermost Wall?

What is the smallest a Titan can be?

Which of these was the last Titan to appear?

Who did Krista drag through the snow?

What is the name of the race that can turn into Titans?

How many solo Titan kills do Connie, Sasha, Krista have combined?

What nickname did Sasha earn herself in training?