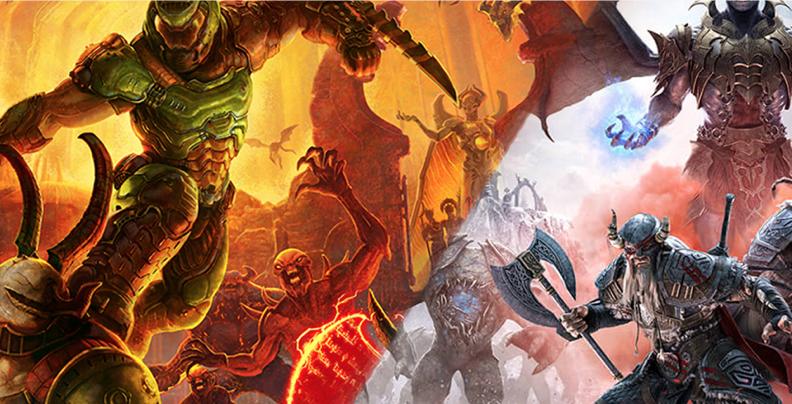 Bethesda has added Doom Eternal and Elder Scrolls Online to the list of titles being ported to PlayStation 5 and Xbox Series X, though the announcement comes with a nice caveat for those who already own the titles.

In a post to the official Bethesda website, the company revealed that Doom Eternal and Elder Scrolls online would both receive ports for the PlayStation 5 and Xbox Series X sometime after the consoles’ releases. Not only that, but those who purchased the games on PlayStation 4 or Xbox One will be able to upgrade to the next gen versions free of charge.

Little else was revealed about what the ports would entail, though the company did state that they would reveal a firmer release window and set of enhancements included in the ports in the coming weeks and months.

Likewise, they reassured fans of their other franchises that one thing would remain true for any other titles they end up porting.

“(W)hile we don’t have any news to share just yet on our remaining catalogue of titles, we can confirm we are committed to offer free upgrades for current generation console owners of existing Bethesda titles we bring forward into the next generation of consoles,” the company writes.

Bethesda’s announcement is only the latest to reveal that current gen titles will be ported to the next gen series of consoles. Earlier this year, it was revealed that Grand Theft Auto V would receive PS5 and Xbox Series X ports complete with enhancements. Take-Two then revealed earlier this week that other titles from their catalogue receiving ports is more than likely.

For more on everything surrounding the next gen consoles, check out our breakdown of what one of their defining new features entails.