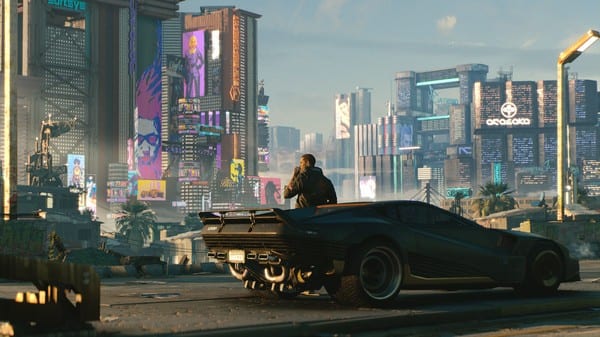 People often wonder how games are going to look even more realistic than they already do. Although that question may seem quite complex, the answer is simple: ray tracing.

With the official announcement of the PlayStation 5 coming from Sony last week, we were granted the knowledge of a few key features that fans can expect when the console hits store shelves in Holiday 2020.

Yes, features like Haptic Feedback and Adaptive Triggers are important for the amplification of immersion between player and controller, but what is more important is the graphical improvements coming for next-gen games.

One of the biggest features touted in the Wired Article was Ray Tracing, a rendering technique used in games that is able to make lighting more realistic than ever before.

We have compiled information on what exactly Ray Tracing is, why it will be a home run feature for next-gen, and how it will impact games going forward as we ease into a brand new generation.

What Is Ray Tracing

Ray Tracing has the ability to be one of the biggest technical advancements in graphical processing that we have seen in years.

At its most basic level, Ray-Tracing is a rendering technique that allows the GPU to display lighting in games in a much more realistic manner.

The process of Ray Tracing uses in-game physics to bounce light off of objects to create life-like shadows and reflections.

While we have seen plenty of realistic lighting over the years, what makes Ray-Tracing different is its ability to take that lighting and bounce it off of objects in the game, casting real-time, life-like shadows and reflections in the scene.

A great example of Ray Tracing is seen below in a video from NVIDIA, who is at the forefront of getting this technology into the hands of consumers with their RTX series of graphics cards that released earlier this year.

Although we have seen amazing lighting techniques in games for quite some time, Ray Tracing is able to bring a new life to lighting engines and give a higher sense of realism and immersion to the player through this technique.

Although support for Ray Tracing is still in its infancy when it comes to games, the feature is slowly being implemented across the board to give us a glimpse into what next-gen games will look like.

Why Ray-Tracing is Important

Behind the scenes, Ray Tracing requires an immense amount of horsepower to operate. The amount of information the GPU must read and write in a moment’s notice is nothing short of a miracle.

It’s an important feature because it can completely change the way lighting works in video games from here on out. If every game takes advantage of the power of Ray Tracing, there will be no more fake reflections, blurry mirrors, or awkwardly absent shadows.

Take for example the image below using Battlefield V.

The water on the streets is able to reflect exactly what it should: the buildings that surround it. Without Ray Tracing enabled, the streets have just a blurry puddle of water with no hint of reflection.

With Ray Tracing, these reflections will become the norm. Everything that emits light in games will be able to bounce off of other objects, creating moments we have never seen before.

The ability to cast reflections from explosions, gunfire and even your own character adds even more realism to the life-like games we have been getting over the past generation.

It is this added immersion that can take a game from looking decent to looking like a true next-gen experience.

Why Ray Tracing is a Home Run Feature

Although the effect may seem subtle at first, seeing Ray Tracing in motion during a game really brings the effect to life.

Graphically, games have been somewhat at a standstill this generation.

As developers are working to eke out every inch of performance they can from the current hardware, next-gen consoles look to take the boot off developer’s throats and allow them some breathing room to enhance games beyond what we know today.

By allowing developers to overhaul lighting and improve the aesthetic of their games using this technology, Ray Tracing can make their games a jaw-dropping standout amongst games that opt to not enable it.

Although we have only seen the start of the Ray Tracing tech in games such as Control, Battlefield V and Metro Exodus, there are plenty of games coming down the pike that plan to use it as well.

Games such as Cyberpunk 2077, Dying Light 2, and Watchdogs: Legion all plan on using the tech to their advantage when their games launch in 2020.

By ensuring consumers and developers that the next set of console hardware will have the power to use Ray Tracing, we are set up to make a giant leap in graphical improvements, and games, as we know them, will never look the same.