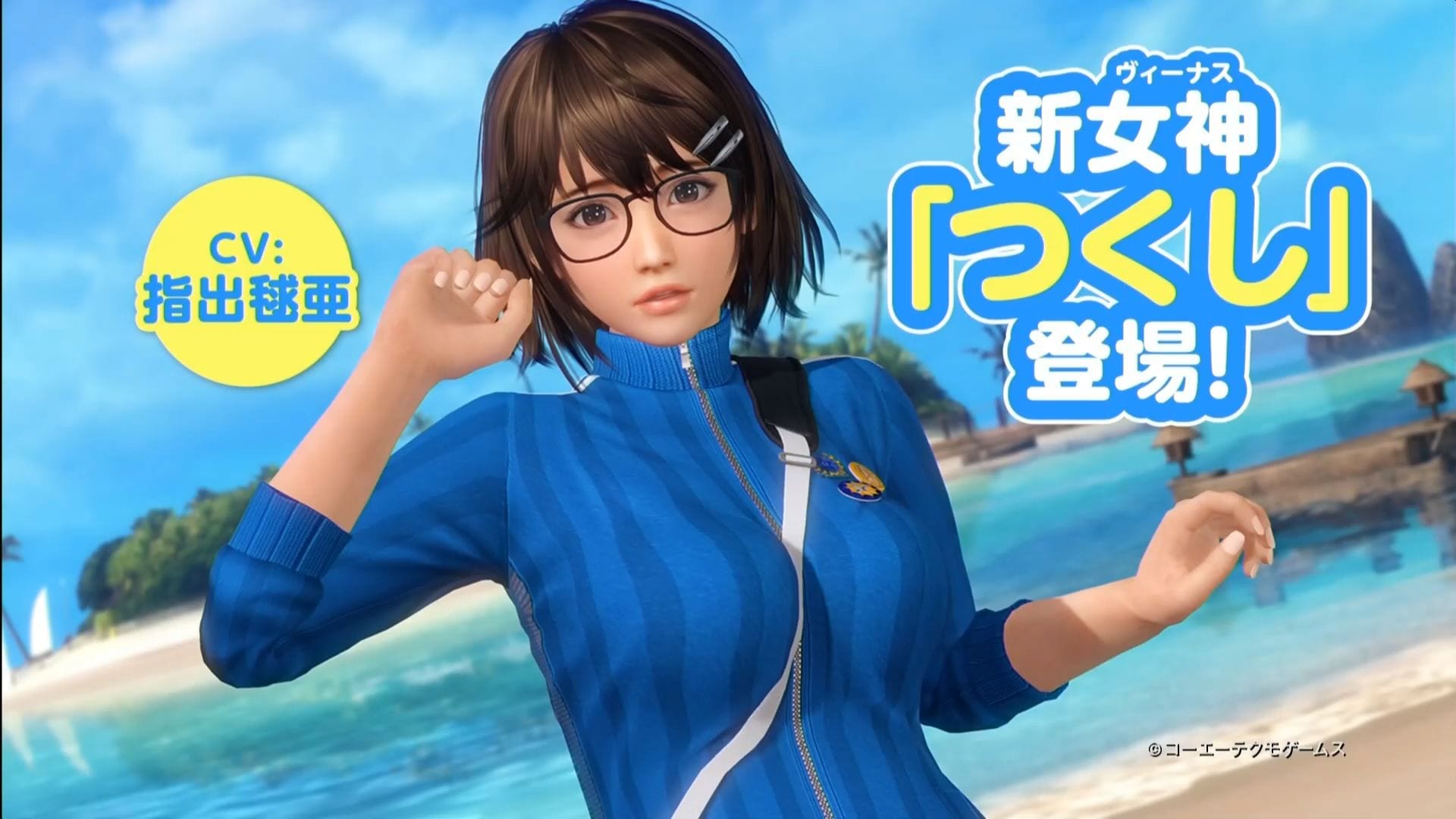 About four months have passed since the introduction of Patty in Dead or Dead or Alive Xtreme: Venus Vacation, so Koei Tecmo and DMM need someone new to tempt players: enter Tsukushi.

Tsukushi is the new girl introduced to the world of Dead or Alive via DOAXVV, and she’s the artist/geeky type.

She’s voiced by Maria Sashide, who is a rookie in the industry who mostly worked in mobile games that haven’t been released in the west, and she’s 18 years old.

She’s 151 cm tall, B95, W55, H89 are her three sizes, her blood type is AB, she’s a student, with manga and self-massage as her hobbies. She likes cup noodles and energy drinks and her favorite color is blue-black. Her birthday is on October 24.

Of course, this does not mean that you’ll be able to unlock her any time soon unless you’re willing to pay dearly for the privilege. Like all her predecessors, she has been implemented in the game today with a paid-only gacha with the usual terrible 1.1% SSR rate. As usual, that’s actually misleading because they threw in completely useless SSR costumes for other girls, so the actual rate for unlocking Tsukushi is an abysmal 0.78%.

You can see her in action in the video below.

Incidentally, a new collaboration with the mobile game’s Destiny Child has also been announced, and the usual monthly slew of freebie has been drawn. You’ll likely receive it soon within the game, including the monthly SSR ticket to make you feel a bit better after seeing Tsukushi’s SSR rates.

The good news is that, with the introduction of Tsukushi, we’re likely to see Patty in free gachas soon.

Incidentally, Tsukushi won’t be included for quite a while in the Steam version in English, which is behind in content by approximately a year and just got Kanna.