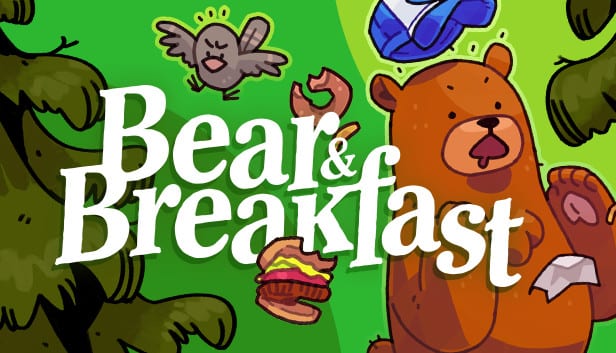 There is nothing better than a cozy Switch game to curl up in bed with, and Bear and Breakfast fits that bill perfectly. Romanian-based game studio Gummy Cat is in the process of creating and releasing their very first game, Bear and Breakfast. It was just announced today in an adorable trailer and will be debuting on Steam and the Nintendo Switch some time next year.

This game will play as a laid-back management adventure game in which players take on the role of a well-meaning bear called Hank attempting to run a bed and breakfast out of an abandoned shack that he and his friends came across in the woods. Check out the announcement trailer below for a look at the adorable gameplay and art.

The game will let players build and personalize their inn with dozens of rooms such as guest rooms, parlors, and entertainment rooms. Every room will be individually customizable from the furniture to the fixtures.

It won’t all be designing, though! Players can complete quests for new items and perks for their inn, and even discover the world’s lore through characters and side quests.

It seems as though there will also be some sort of relationship mechanic with other woodland creatures in which they will help you if you have helped them before. The woods themselves will be available to players for exploration, with supposed secrets to discover as well.

2021 is still a bit a ways away, though, so in the meantime how about checking out some other indie titles coming to the Switch such as Grindstone or Raji: An Ancient Epic?