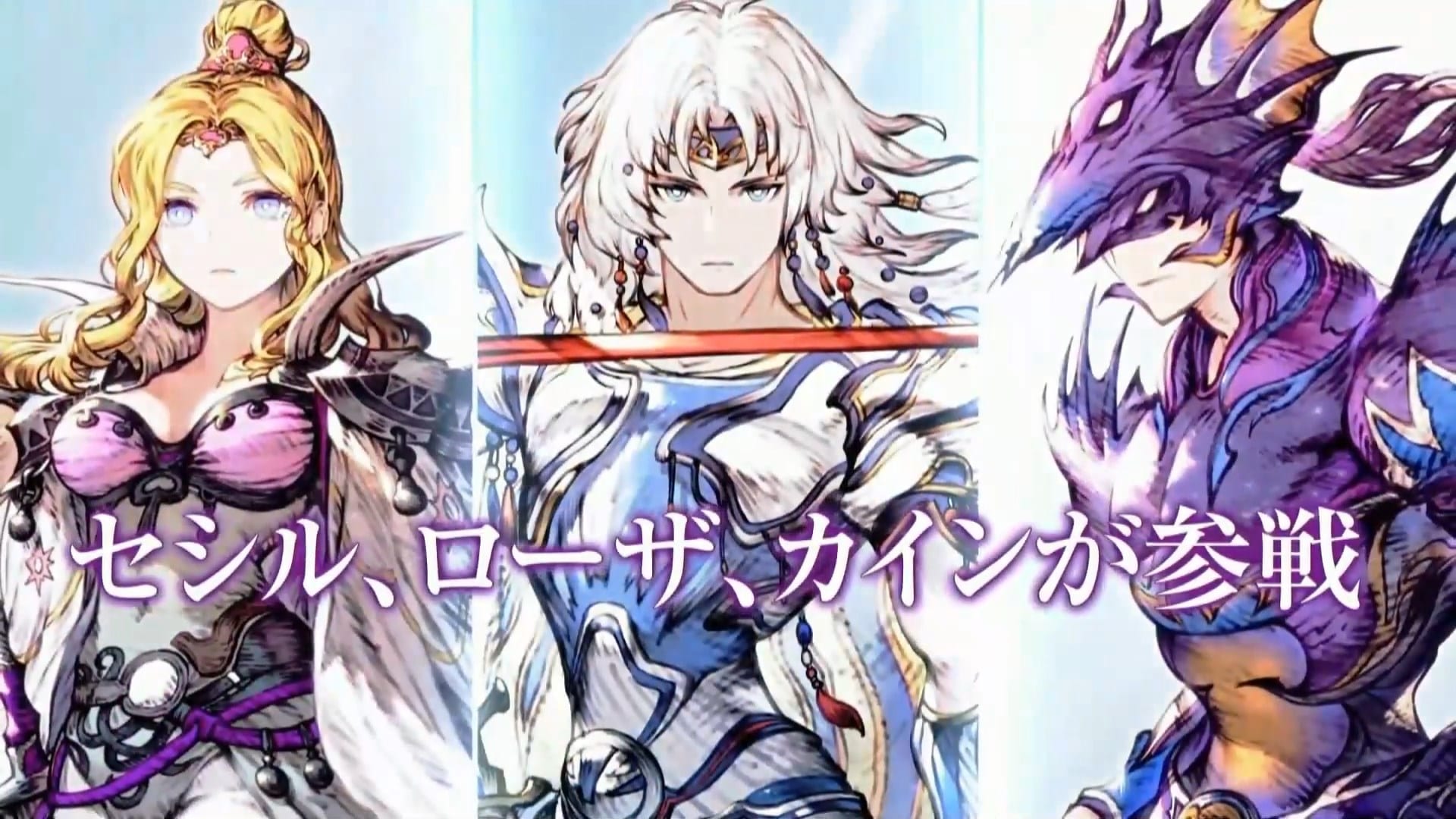 Today, during a livestream from Japan, Square Enix revealed a new crossover collaboration for its mobile game War of the Visions: Final Fantasy Brave Exvius.

This time around fans will be able to enjoy content from Final Fantasy IV, which marked the debut of the series on the Super NES and remains one of the best Final Fantasy games to date.

To be more precise, we’ll see the introduction of Cecil Harvey, Kain Highwind, and Rosa Farrell.

The event will launch on July 22 on the Japanese version of the game. It’s worth mentioning that the English version is behind in content by a few months, so it should get this crossover later this year.

You can see a nostalgic trailer below.