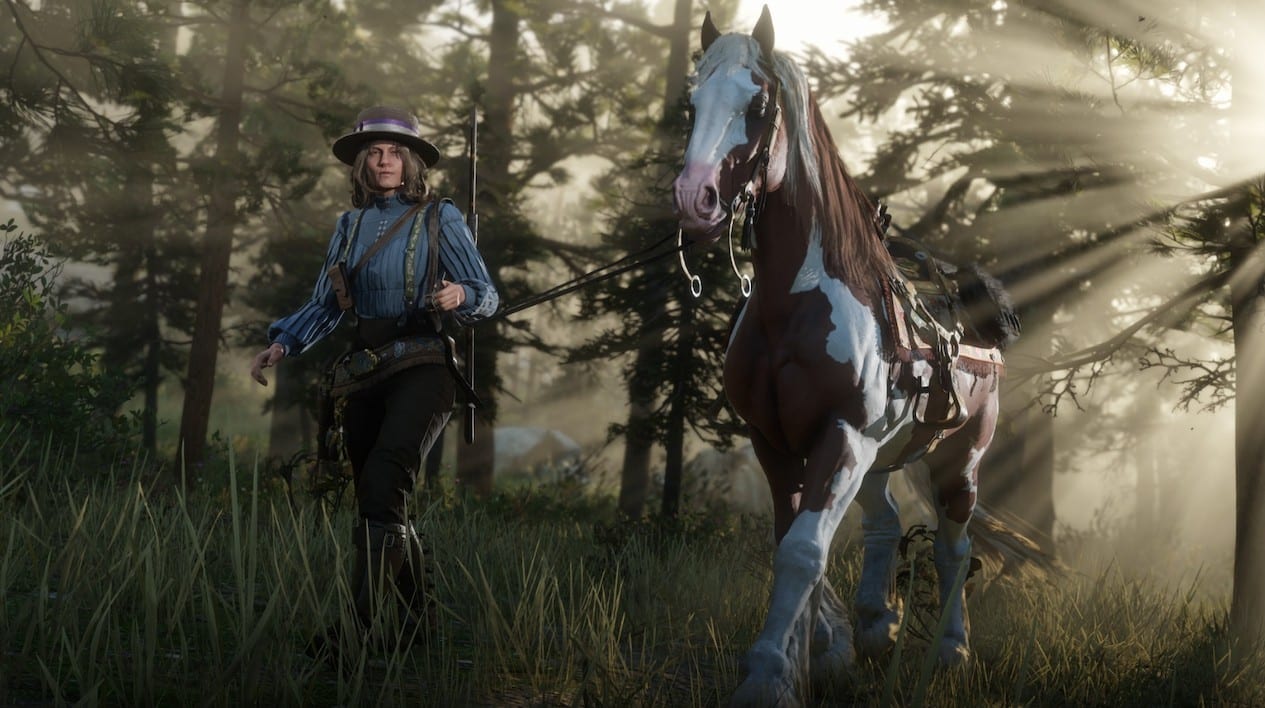 Joining the likes of the Bounty Hunter, Trader, Collector and Moonshiner, the latest Frontier Pursuit role to be added in Red Dead Online 2 is The Naturalist.

The Naturalist is a wildlife focused role that obviously, has perks related to being out in nature, but also has the unique opportunity to work for both Harriet Davenport and big game hunter Gus Macmillan with consequences of course.

The Naturalist is designed to spend their time out in the wilderness, tracking and hunting Legendary Animals with tools such as improved Bows, the Animal Field Guide and Legendary Animal Map, and also a new Naturalist Varmint Rifle with sedative cartridges.

They will be able to craft special Animal Reviver Tonics to help preserve and protect animals, Weight Loss and Weight Gain tonics, and tonics that will mitigate the effects of weather and make it easier to sneak around. In addition, they can set up temporary campfires known as Wilderness Camps that other players can join up on to craft and cook.

Joining the release of The Naturalist is the new Outlaw Pass which gives players 80 ranks worth of stuff to unlock including 40 Gold Bars, XP boosts, new weapon metals and engravings, the Australian Shepherd camp dog, and filters for the Advanced Camera.

Here are some of the things that The Naturalist update brings that is of use to budding Naturalists and potentially other players as well:

Other general improvements coming with this update include:

For the nitty gritty details on the new Naturalist Role and every little thing that this new update brings with it, you can check out the July 28 patch notes and the trailer below.