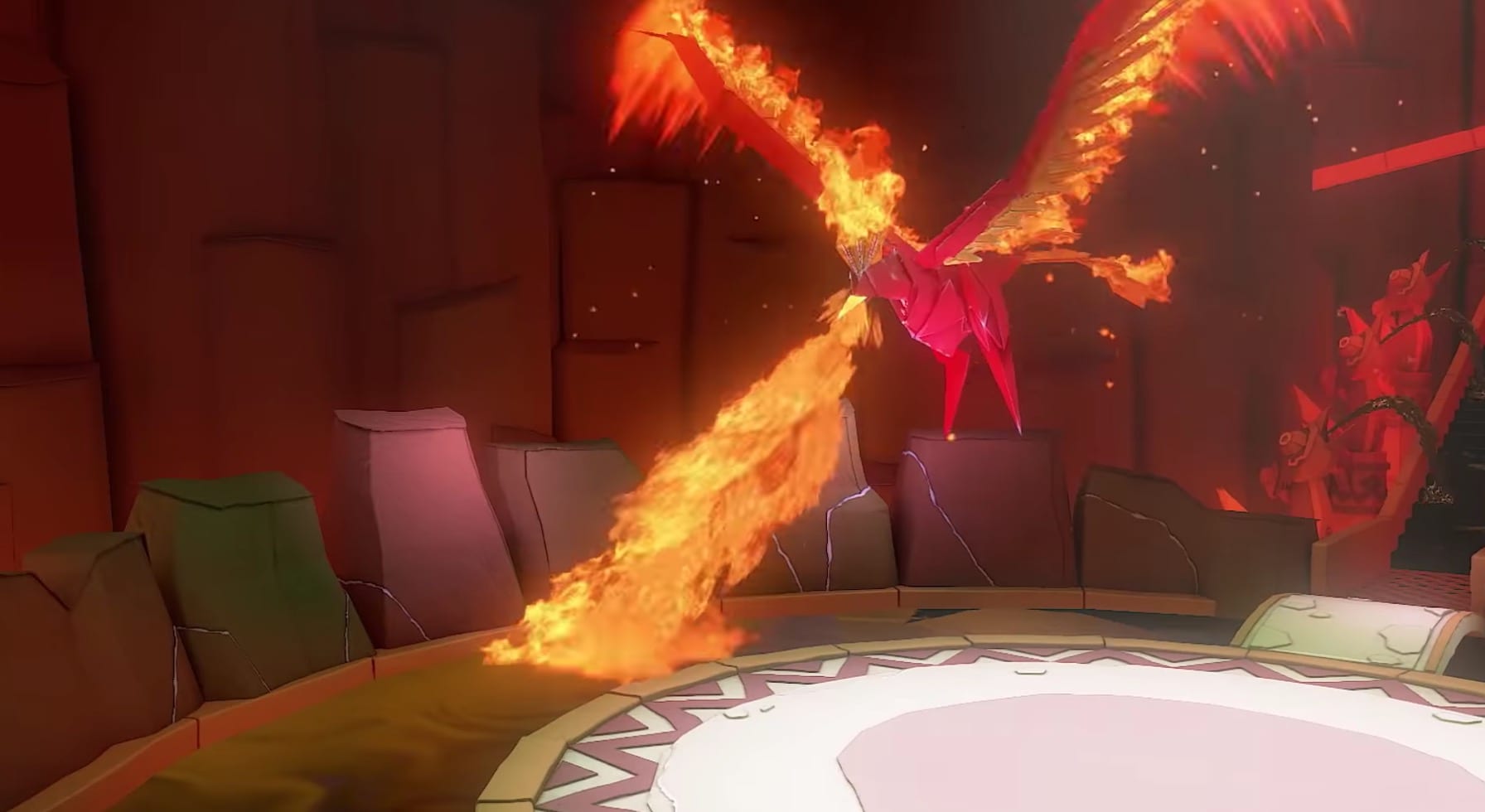 Nintendo of America has released a brand-new trailer for Paper Mario: The Origami King, the upcoming Switch exclusive from Intelligent Systems. Okay, it’s more like a new commercial rather than a new trailer.

The 30-second advertisement shows off origami Princess Peach, some of the combat, and that hella cool dance party with all of the Toads busting a move, but this is all stuff that Nintendo has showed off before.

However, there is new thing quickly shown during the video, and that is a fire-breathing bird monster that totally reminds me of Moltres, the legendary Pokemon from the Kanto region.

We’re not entirely sure if this Moltres lookalike will play the role of a boss in The Origami King, but it definitely will pop up during Mario’s journey, and we cannot wait to catch it see it.

You can watch the new commercial for Paper Mario: The Origami King down below in its entirety:

You can check out the game for yourself when it launches on the Nintendo Switch on July 17, the same day as Ghost of Tsushima coincidentally.