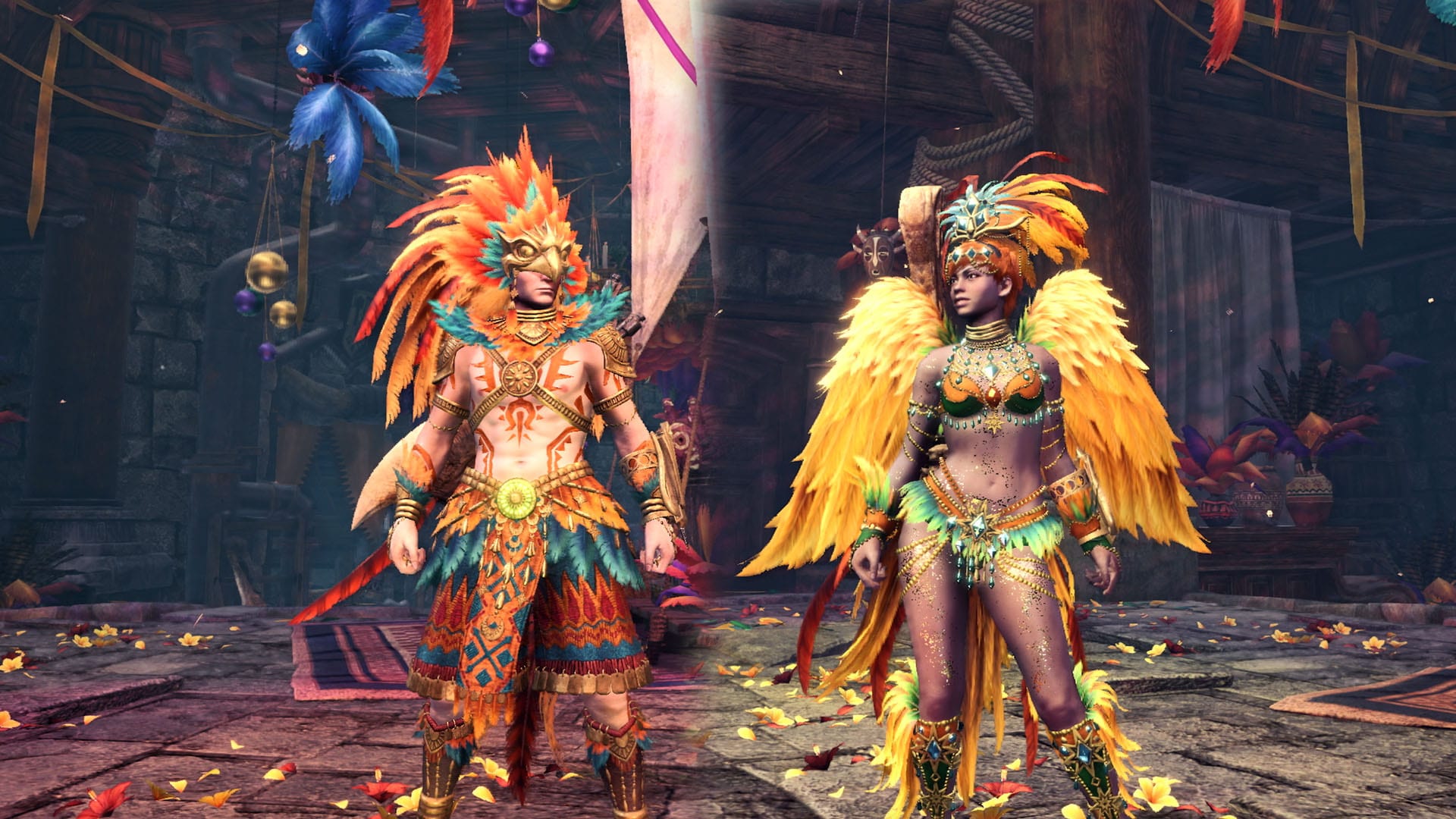 Today the developers of Monster Hunter World: Iceborne at Capcom shared a new video and tons of screenshots of upcoming content coming to the game.

First of all, we get to take a good look at the two monsters that will come with the brand new major update releasing on July 9, Alatreon and Frostfang Barioth.

Secondly, we take a look at the new festivals that will be implemented to celebrate the summer both in Astera and Seliana. The Summer Twilight Fest and the Sizzling Spice Fest.

As you can see in the screenshots, both the new monsters and the festivals will grant plenty of new gear and loot to enjoy.

The events will launch on July 22 and end on August 6, as you can see in the roadmap below, which also includes hints to what we can expect in the fifth major update this fall.

If you’d like to see more, you can enjoy the previous trailer for the update, focusing on Alatreon.