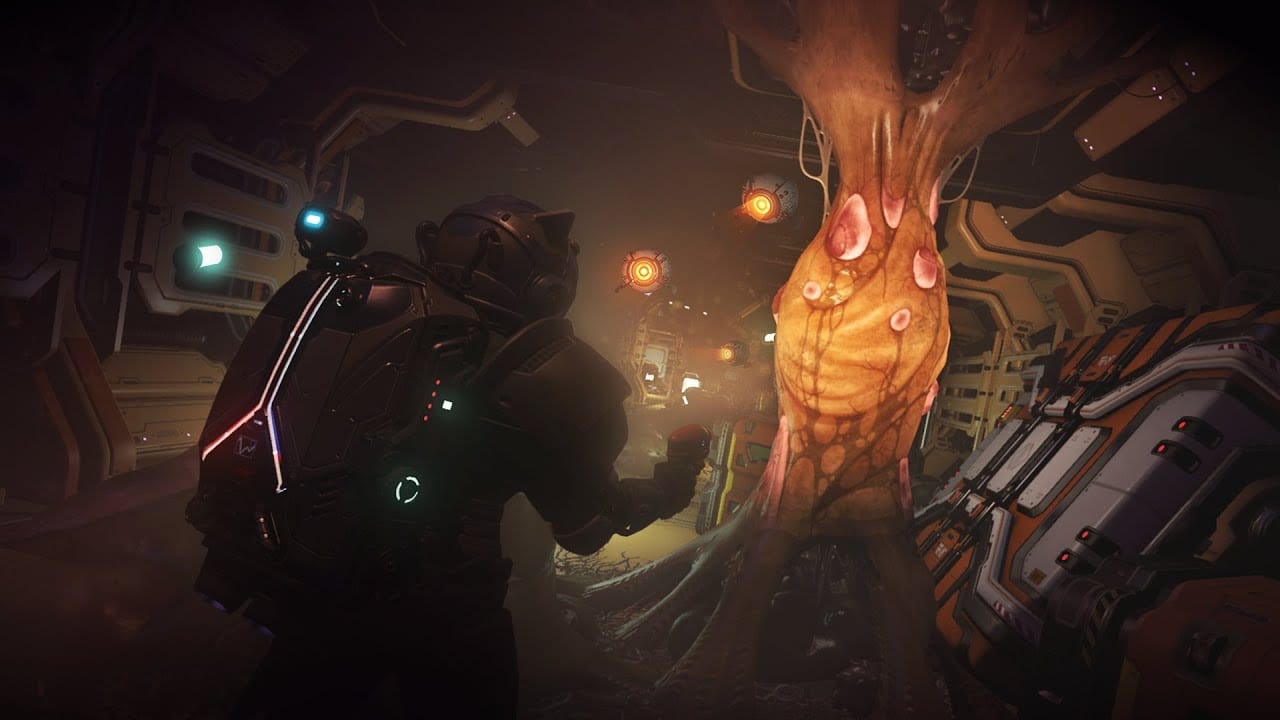 Hello Games continued its impressive post launch support of No Man’s Sky this week with a new update called Desolation. Where previous updates have been built around exploration and building-focused mechanics, Desolation is more combat-oriented.

Eerie abandoned freighters can now be found across the cold vacuum of space, and lurking within their confines are some strange, spooky alien creatures that don’t appear to be very friendly.

For anybody looking forward to seeing more shooting in the game, this horror-themed update might just be the hot ticket.

You can check out a brief look at new gameplay from Desolation in a new trailer below. The update is now live across all platforms. Visit No Man’s Sky’s dedicated Desolation update page for more details.

In its last major update, Hello Games added cross-platform play to all versions of No Man’s Sky last month. Before that, the Exo Mech update brought with it the “Minotaur” Exo Mech, which comes with jump jets, an immersive cockpit, immunity from planetary hazards, and a mining laser which can be upgraded to a Terrain Manipulator.

No Man’s Sky is available on PS4, Xbox One, and PC. For those on Microsoft platforms, the game is available via Xbox Game Pass Ultimate.