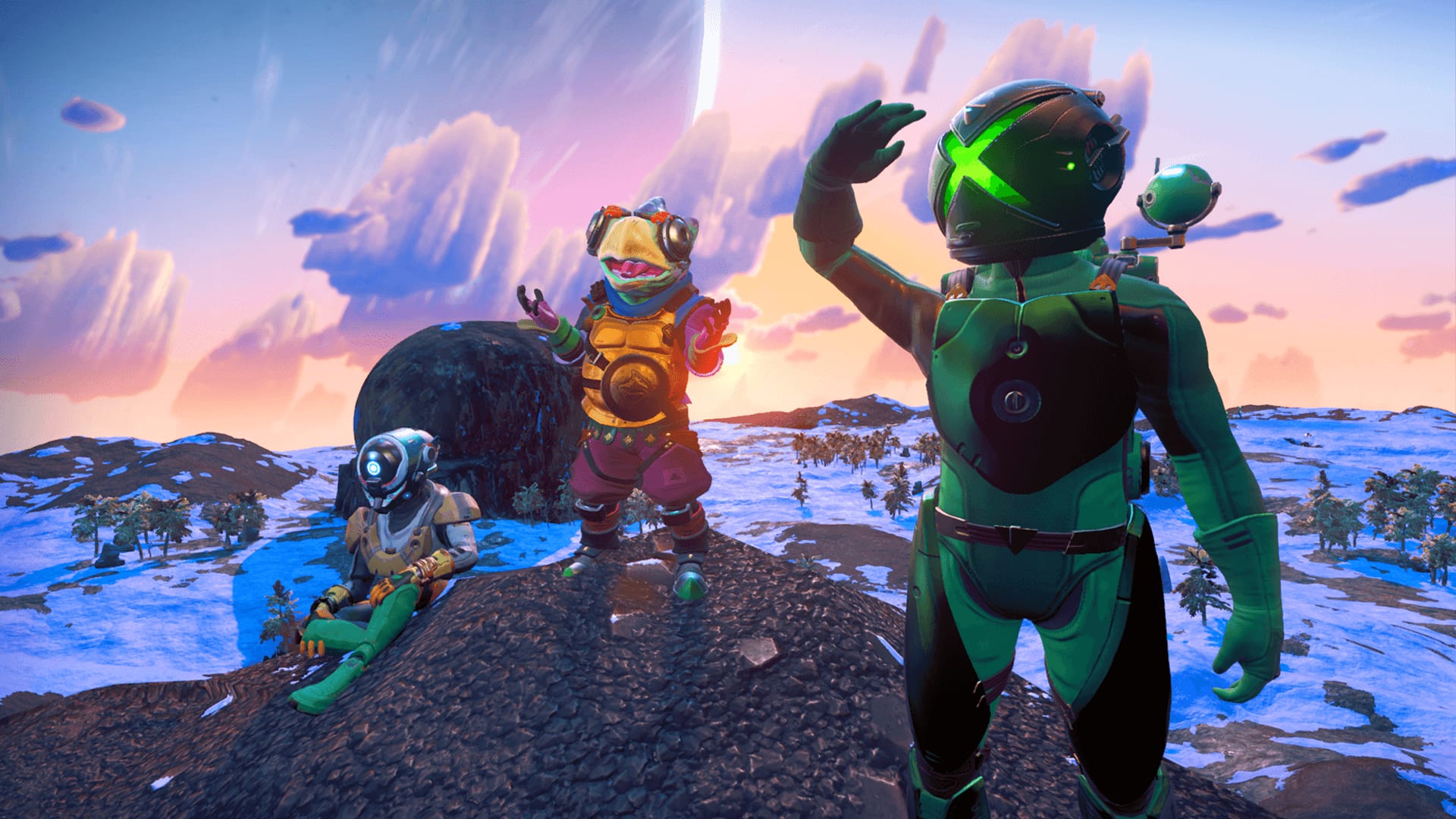 Survival exploration game No Man’s Sky will be adding cross-platform play to all versions of the game tomorrow, June 11, alongside other updates.

As announced last month, No Man’s Sky players will be able to link up across all versions of the game including PC, PlayStation 4, and Xbox One. It also includes the Windows 10 version also launching tomorrow, which Xbox Game Pass members on PC can download for free alongside the Xbox One version on console.

The update adds new options to the friends menu to separate between friends on the current platform and friends on other platforms. It will be easier to add friends when face-to-face with other players, or can be added at any time through a unique code.

Voice chat also received an upgrade with options to automatically transcribe and translate voice chat, while adding a system to prevent the same auto-chat message popping up multiple times. Voice chat on PlayStation 4 has also been re-enabled.

Virtual reality support received a few updates, such as an option to show the player’s body, appropriate camera height, improved hand tracking accuracy, and cockpit exit handles can now be grabbed both ways up.

No Man’s Sky originally released for PC and PlayStation 4 in 2016 and Xbox One in 2018, but has continued to receive updates for the game. Hello Games co-founder Sean Murray noted in the patch notes that the studio will continue to work on the game with content updates “large and small for the future.”