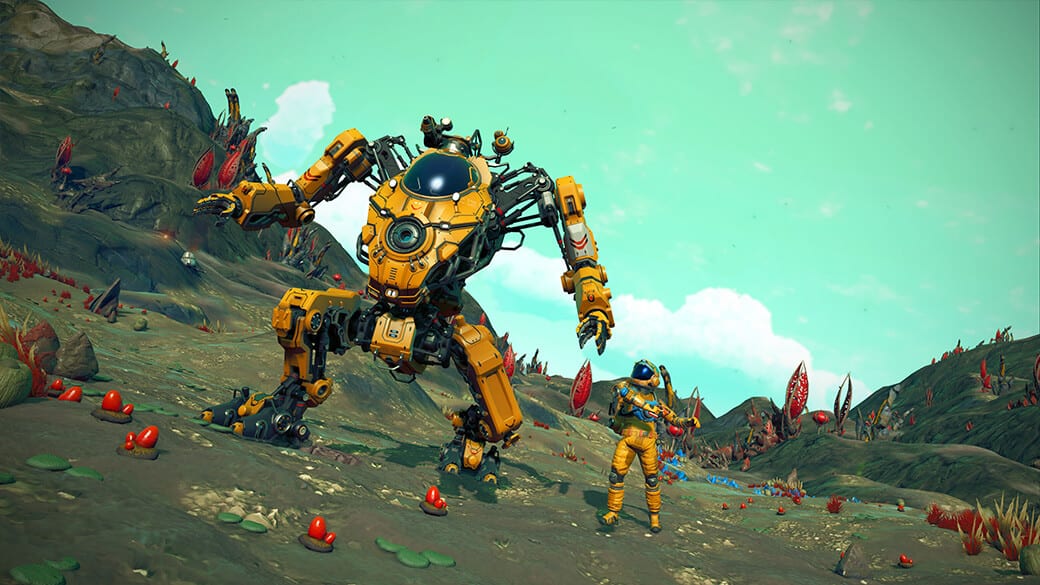 The update brings the “Minotaur” Exo Mech, which comes with jump jets, an immersive cockpit, immunity from planetary hazards, and a mining laser which can be upgraded to a Terrain Manipulator.

Players are now able to upgrade their Exocraft with solar panels to recharge their engines. Scan capabilities of the Signal Booster are also improved, revealing all nearby points of interest.

If you have a freighter you can build an Orbital Exocraft Materialiser, which basically lets you prepare for Titanfall, meaning you can summon your Exocraft from the surface of a planet if your freighter is in the same solar system.

On top of that, customizing Exocraft with decals is now possible.

Base building has been improved with the ability to hide your power lines and to disable complexity limit on consoles at the cost of performance.

Below you can see the trailer and a few screenshots, on top of the full patch notes.

If you want to see more, you can check out the previous update, which was all about living ships.

No Man’s Sky is currently available for PS4, Xbox One, and PC.

EXOCRAFT QUALITY OF LIFE AND OTHER FIXES

BASE BUILDING QUALITY OF LIFE