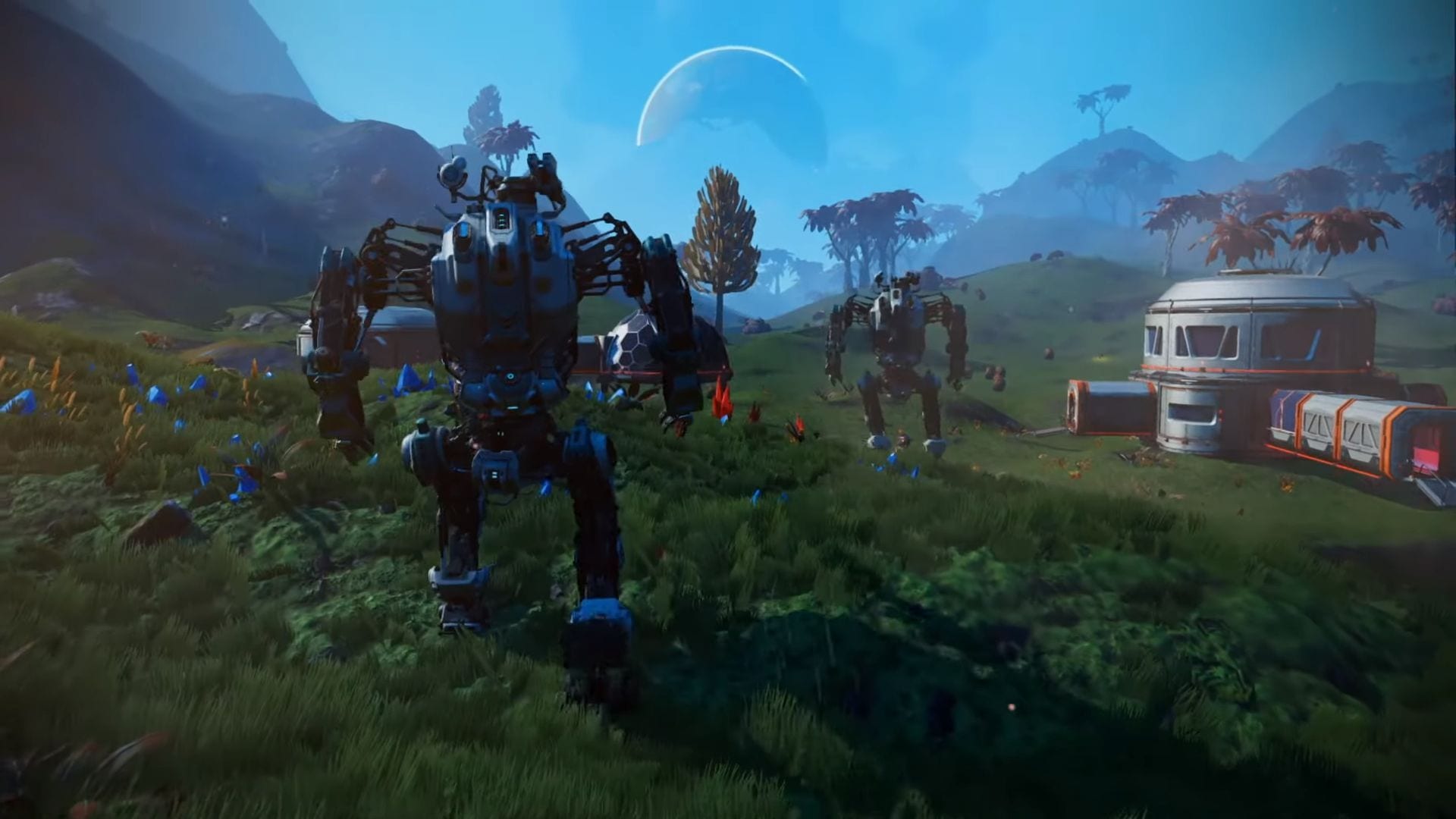 Hello Games itself hasn’t yet said a pip about this, so there is the possibility that this has leaked before the official announcement, but the trailer shows a new Exo craft, and this time around it’s a mech.

The mech comes with its own mining equipment and jump jets, allowing it to leap for short distances over rugged terrain. It also looks awesome, with nice Titanfall vibes.

Update: The trailer has been removed, so it was indeed a leak. That being said, you can still see what the mech look like in the image above.

At the moment, there are no specific details on the content of the update, besides the fact that it’ll be free, with the brief description below mentioning that the Exo Mech will keep explorer safe from extreme conditions.

“Traverse and explore planetary surfaces safe from extreme conditions in your very own mech with our latest free No Man’s Sky update.”

If you want to see more, you can check out the previous update, which was all about living ships.

No Man’s Sky is currently available for PS4, Xbox One, and PC. It launched in 2016 to a polarized response, with many complaining that it didn’t deliver on its promises.

Yet, Hello Games has been at work for nearly four years adding update after update, showing admirable resilience and determination in turning the game into everythig that it was meant to be and much more.