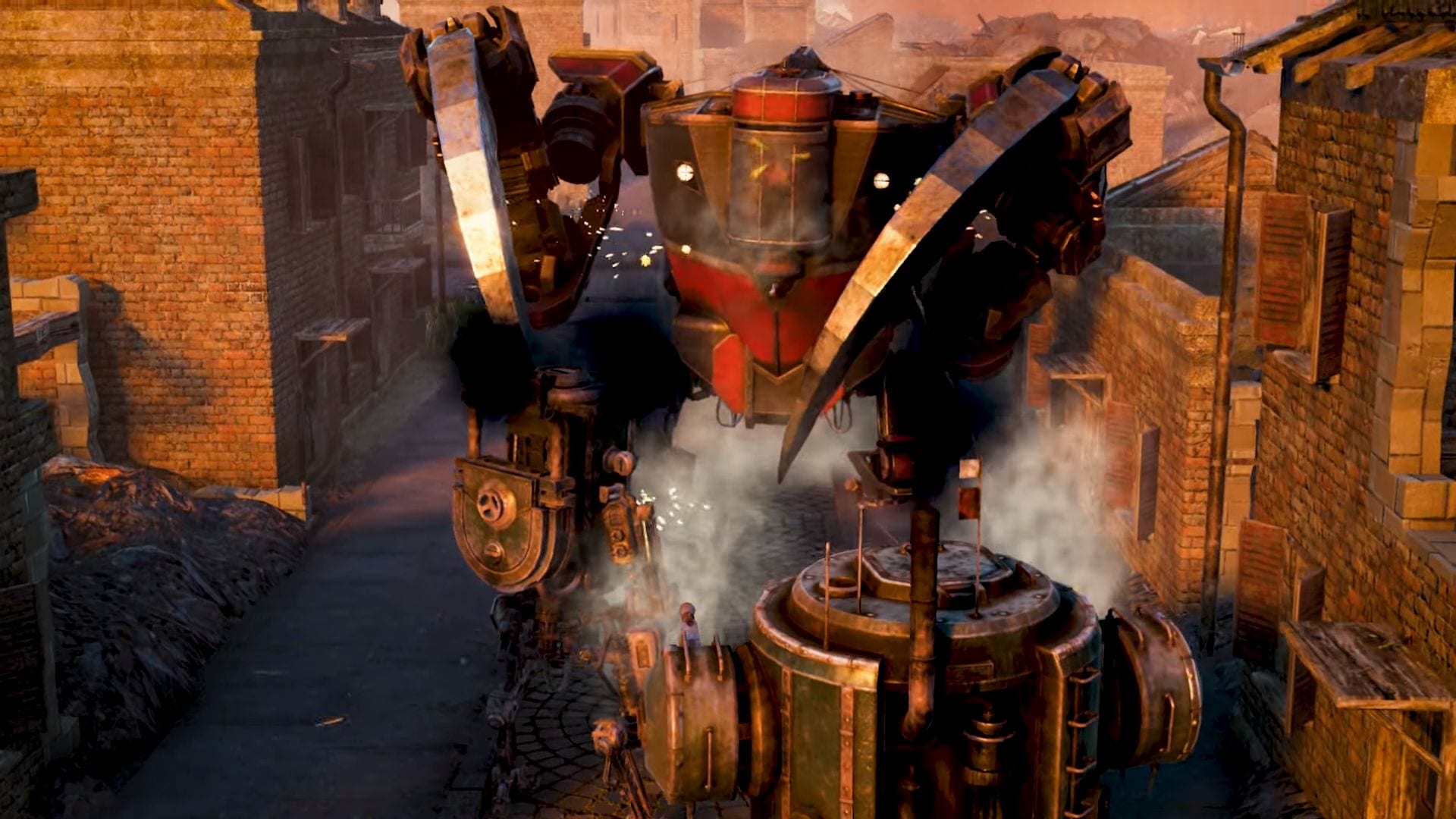 The trailer showcases the Rusviet Empire, one of the factions of the game, obviously inspired by real-world Russia… with mecha.

We take a look at the Rusviet units, which are an interesting mix of melee and ranged power, and the hero unit Olga Morasova.