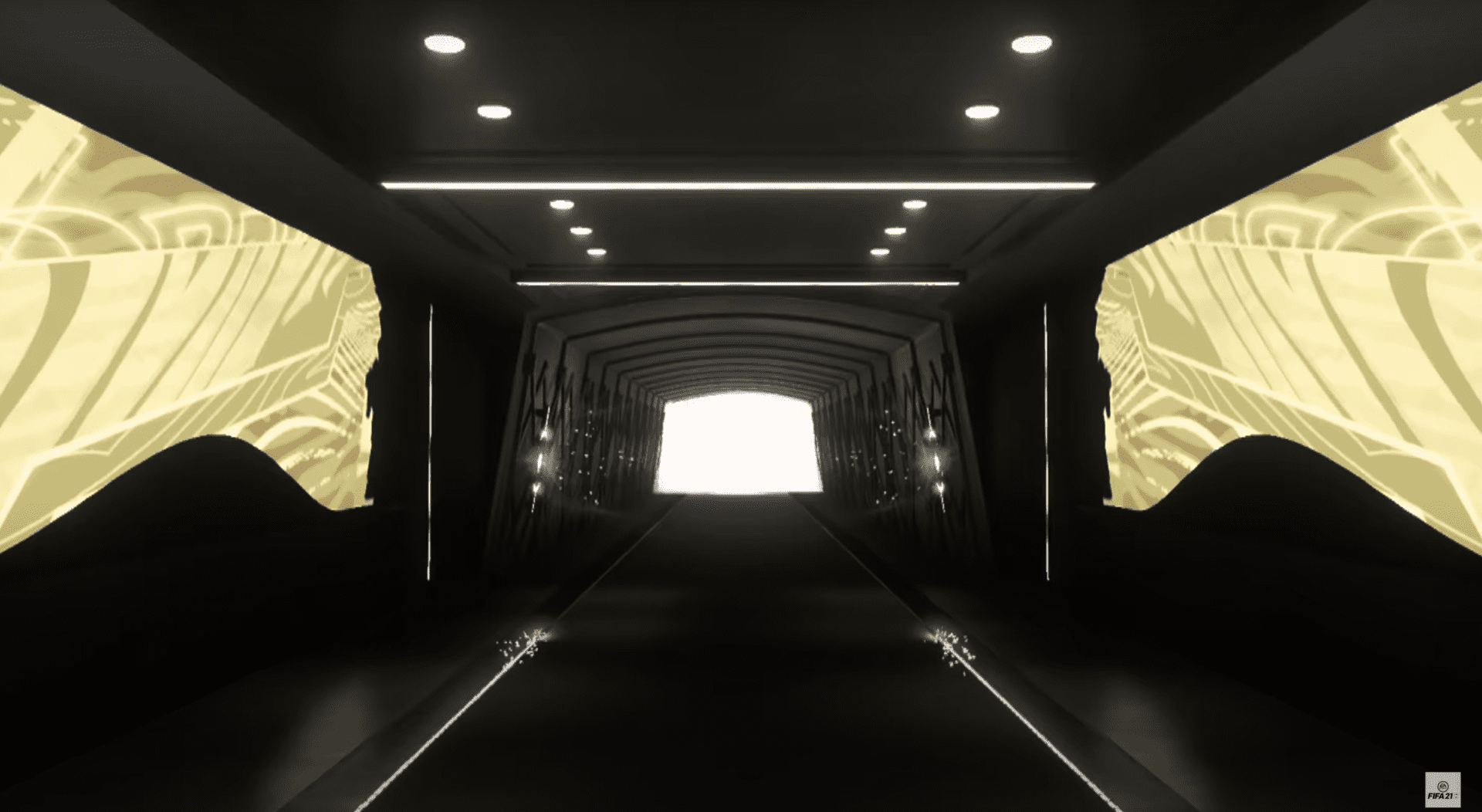 Every year, it’s Ultimate Team news that gets FIFA fans excited. While the new card ratings are cool, it’s the new pack animation that you’ll be seeing hundreds of times throughout the year that’s often the highlight.

FIFA 20’s was quite a departure from the previous years’, adding an extended tunnel sequence to the card reveal. As part of the reveal that Eric Cantona will be a new icon in FIFA 21, the game’s new trailer gave us a look at the new animation.

It was pretty rushed, but for the most part it seems like the animation will be similar to FIFA 20’s, with a slightly altered tunnel sequence.

Rather than lights revealing the type or rating of the card, it seems like the lights across the top will be the signifier. Until we see the pack animation for a non-walkout, we won’t be able to see the inevitable tell.

Then, we get the reveal of the nation of the player, with the flecks of light to the left and right of it possibly meaning something.

Then finally, we move onto the card type/club. The interesting thing here is the circular icons on the walls to either side. They’re something we haven’t seen in FIFA 20, so could mean something.

The gold banner going across the card, before the scene cuts, could be reveal of the Prime Icon Moments card design. If you’ve spotted anything else notable in the FIFA 21 pack animation tease, let us know in the comments down below.