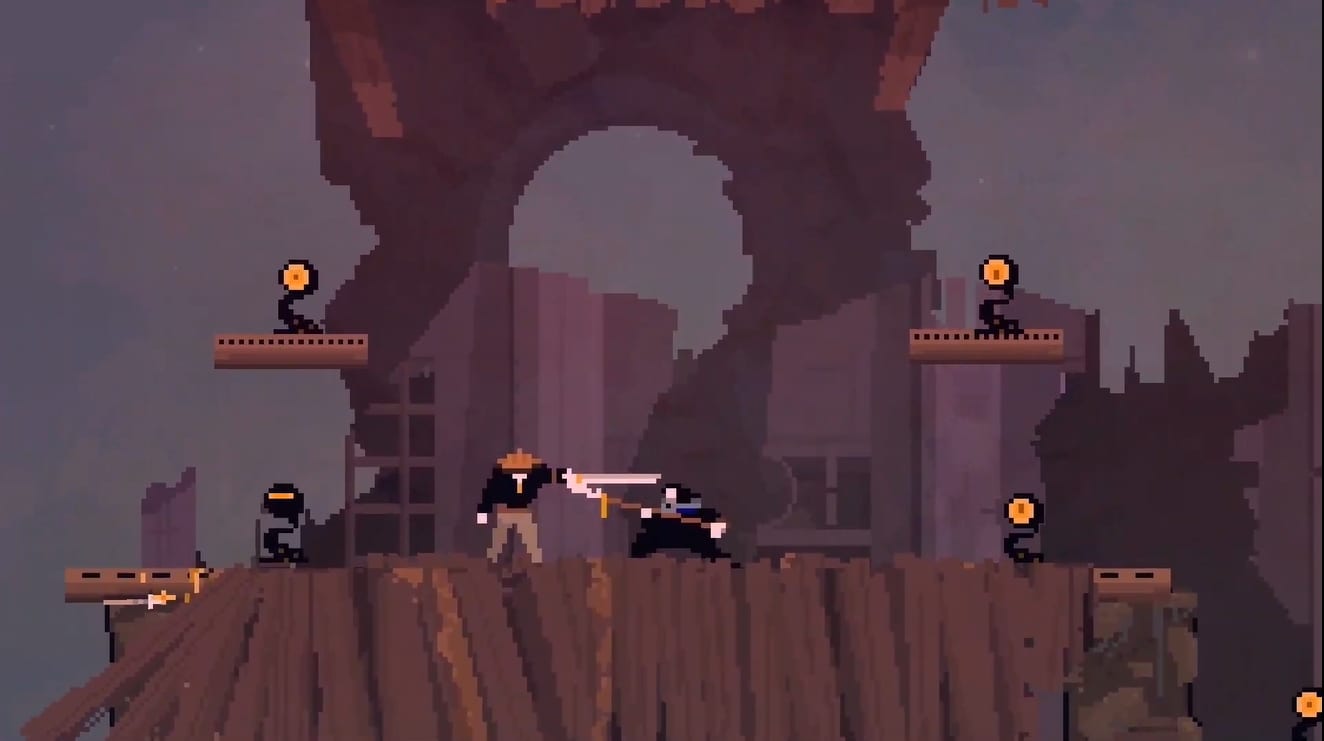 Devolver Digital has unveiled the retro action game Olija with a new trailer, providing a glimpse at its gameplay, art style and more.

Streamed during the Devolver Digital Showcase held on July 11, the game is developed by Skeleton Crew and drops players into the castaway Faraday’s journey through the inhospitable land of Terraphage. Using a spear and the assistance of a woman named Olija, he’ll need to surpass obstacles, elude dangers and fight his way toward an as of yet unknown goal.

Doing all of this is easier said than done though. Around most every corner are more and more hostile threats, from a mob of enemies out to rip him limb from limb or skewer him with a rain of knives to menacing traps out to crush him into dust for trespassing on god knows what.

Specifics on other parts of the story were not revealed, though the trailer does end with Faraday encountering another ally. They appear to be an old man, and offer Olija a large blade which she then conducts a ceremony with.

It’s all presented in a retro 8-bit style aesthetic which, aside from the silky smooth movements, are a throw-back to action titles of old.

It’s an interesting concept that many an indie fan will be drawn to. Don’t take our word for it though; the full trailer can be viewed down below.

Olija is currently slated for release on PC and the Nintendo Switch, though an exact release window has not yet been provided. For more on all of the announcements made during the Devolver Digital Showcase, check out the reveal trailer for Carrion, a reverse horror title where players take the role of an amorphous creature hunting human beings.