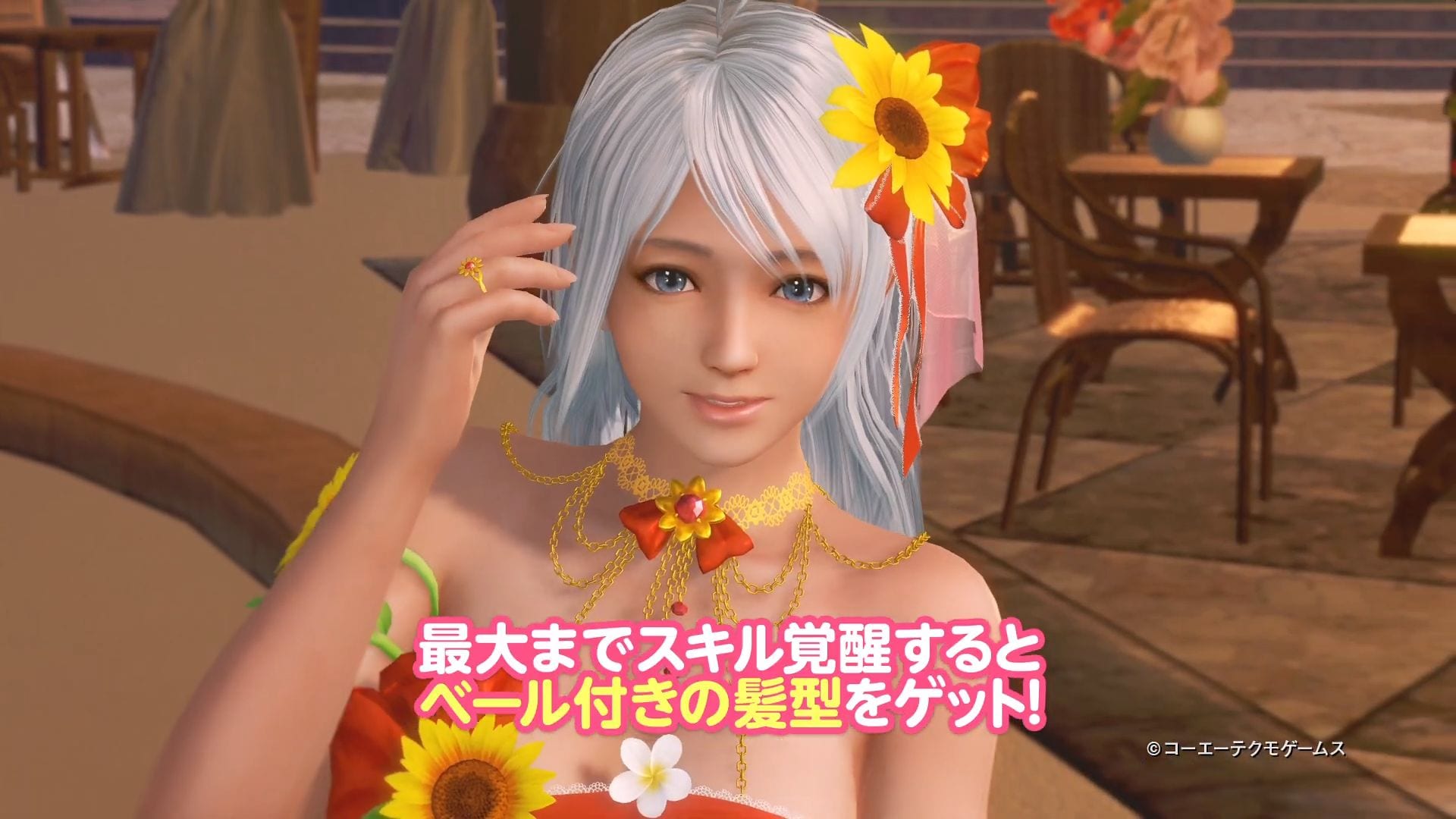 Dead or Alive Xtreme: Venus Vacation is celebrating another birthday… Or to be more specific, Patty’s “Special Day.”

Patty is the newest heroine added to Koei Tecmo and DMM’s free to play game, and when she was revealed, her birthday was marked as “unknown.”

Of course, this is at odds with the publishers’ reliance on paid-only gacha to celebrate each lady’s birthday, so now Patty has a “special day.”

While (to my knowledge) the reason why this day is special has not been revealed, it’s on June 31, which is already today in Japan.

This means that we get not one, but two paid-only gacha with a super-low 1.10% chance of getting an SSR costume, and a ludicrous 0.78% chance of actually unlocking the one featured in each gacha.

Considering the price of each roll, the value proposition is a bit skewed… to put it down kindly.

In any case, if you’re interested, you can catch a trailer with both outfits below.

At the moment, we don’t know when Patty will be made available in free gachas.

Incidentally, this event won’t be included in the Steam version in English, which is behind in content by approximately a year. It doesn’t have Patty yet, and she is unlikely to come before 2021.