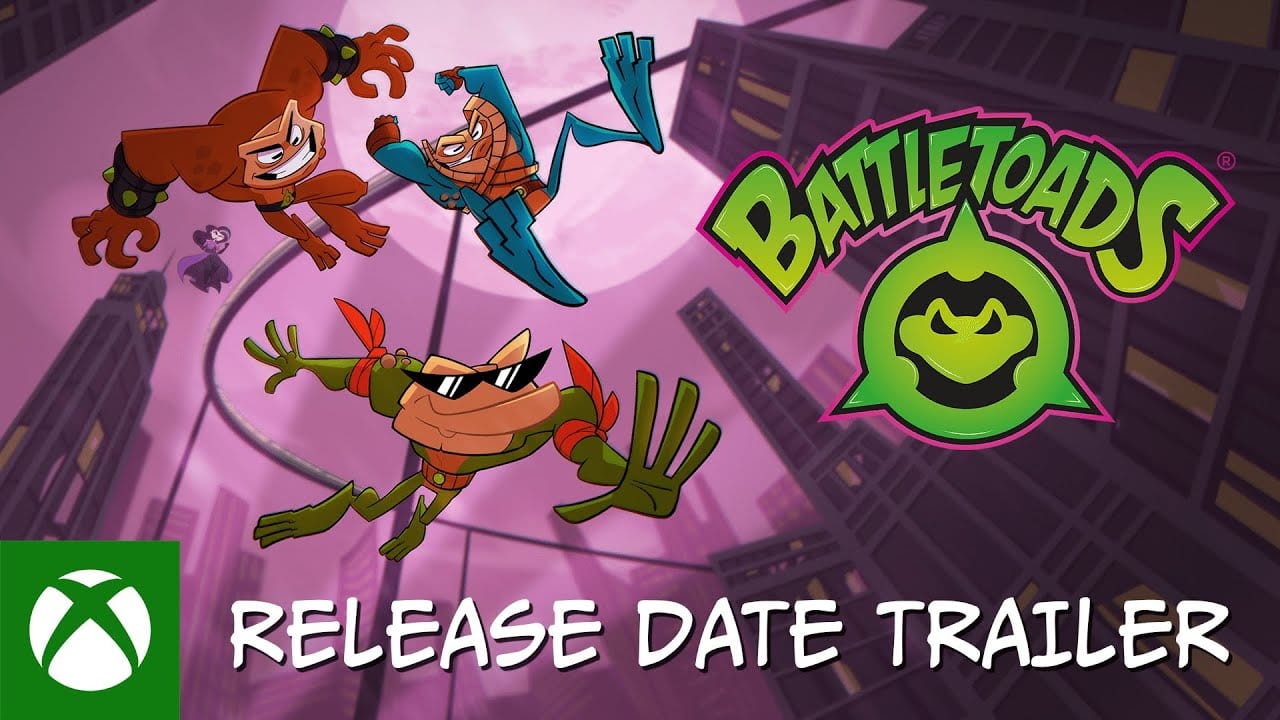 The Battletoads are primed and almost ready for action. A new trailer today has revealed that Dlala Studios’ and Rare’s anticipated upcoming co-operative adventure is set to launch on Xbox One and PC next month, Aug. 20.

It’s the first we’ve heard from the game in quite some time, having last surfaced way back in June of 2019 during Microsoft’s E3 2019 press conference. Fans of the classic IP will no doubt be relieved to see that Battletoads’ second coming is so close being delivered after previous showings have been so sporadic and short-lived.

Today’s trailer showcases Battletoads’ action-platforming, racing, and brawl-style combat in full swing, teasing couch co-operative action for up to three players. It also gives us another good look at its animated cartoon-like aesthetic, which obviously differs quite a bit from that of the 25-year old originals.

Battletoads has been around since the early 1990s, best remembered for producing some of the hardest video game levels of all time.

First announced in 2018, The new Battletoads is exclusive to Microsoft platforms, available on Xbox One and PC via both Steam and Xbox Game Pass Ultimate.

For more on the game, you can check out its Steam Page.