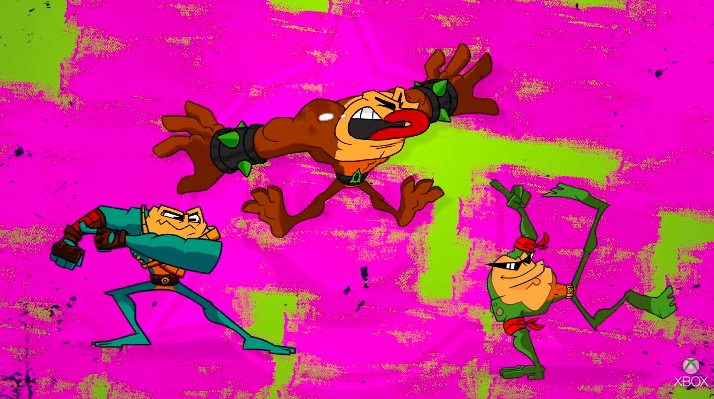 During Microsoft’s E3 2019 press conference today, the company showed off some new gameplay footage for the upcoming revival of Battletoads.

The intense 2D beat-em-up will be bringing back Pimple, Rash, and Zitz for their biggest battle yet. The game will feature explosive 3-player couch co-op and will have tons of fights, platforming, puzzles, and rad bosses like Porkshank.

Battletoads is being developed by DLaLa Studios and is slated for a 2019 release, however, no release date was shown during Microsoft’s E3 press conference.

Although we don’t have a date just yet, Microsoft announced that the game will be coming to Xbox Game Pass at launch. You can check out the first gameplay footage for yourself down below:

For more on Microsoft, Xbox, and everything E3 2019, keep checking back here at Twinfinite. We will be publishing tons of news, interviews, features, and hands-on gameplay impressions throughout the next few days, so make sure to stay tuned.