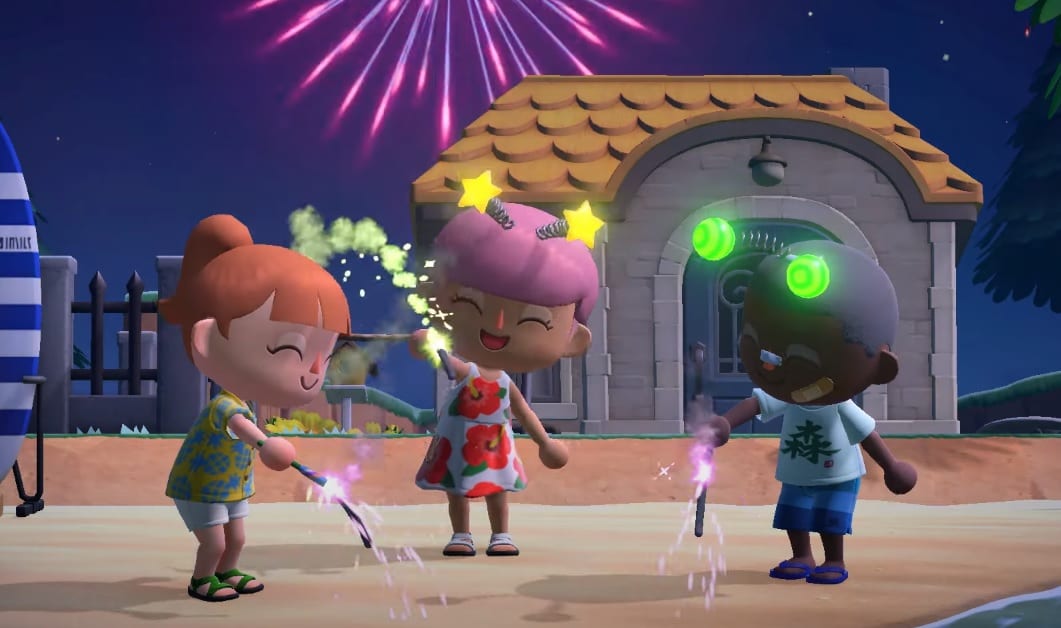 Last month, we learned that Animal Crossing: New Horizons would receive a summer update coming in two parts. Wave 1 released in June, and now we finally know the details about Wave 2 that we can expect in the upcoming weeks.

The first part is the addition of a weekly fireworks show. Every Sunday during the month of August, a fireworks festival will take place in which you can launch fireworks into the sky.

During the fireworks show, you can launch your own custom-design fireworks based on patterns that you’ve made. Additionally, Redd the fox will appear in the plaza to sell surprise items as part of Redd’s Raffle.

The next part of the update comes in the form of what was previously known as the Dream Suite in Animal Crossing: New Leaf. By sleeping in a bed, a character named Luna will appear.

Luna will let you access different “dream islands,” which include other players’ islands around the world. This is a special way to visit other people’s islands without them being online. You can also show off your own island for others to visit.

Finally, the third part of the update is an island backup and restoration service. Since Animal Crossing: New Horizons has not been compatible with cloud saves or system transfers, many players have been stuck with how to back up their island in case of a system failure.

It’s good news: the island backup and restoration service is available starting July 30. This Nintendo Switch Online members to upload their game data online to recover it in the event of loss or damage. For details, you’ll want to visit Nintendo’s support website.

To end the summer update trailer, we also got a tease that the next free update for Animal Crossing: New Horizons will be available this fall. Jack the pumpkin character is shown in the teaser, meaning we can probably expect a new update centered around Halloween.

You can watch the full Summer Update Wave 2 trailer below.