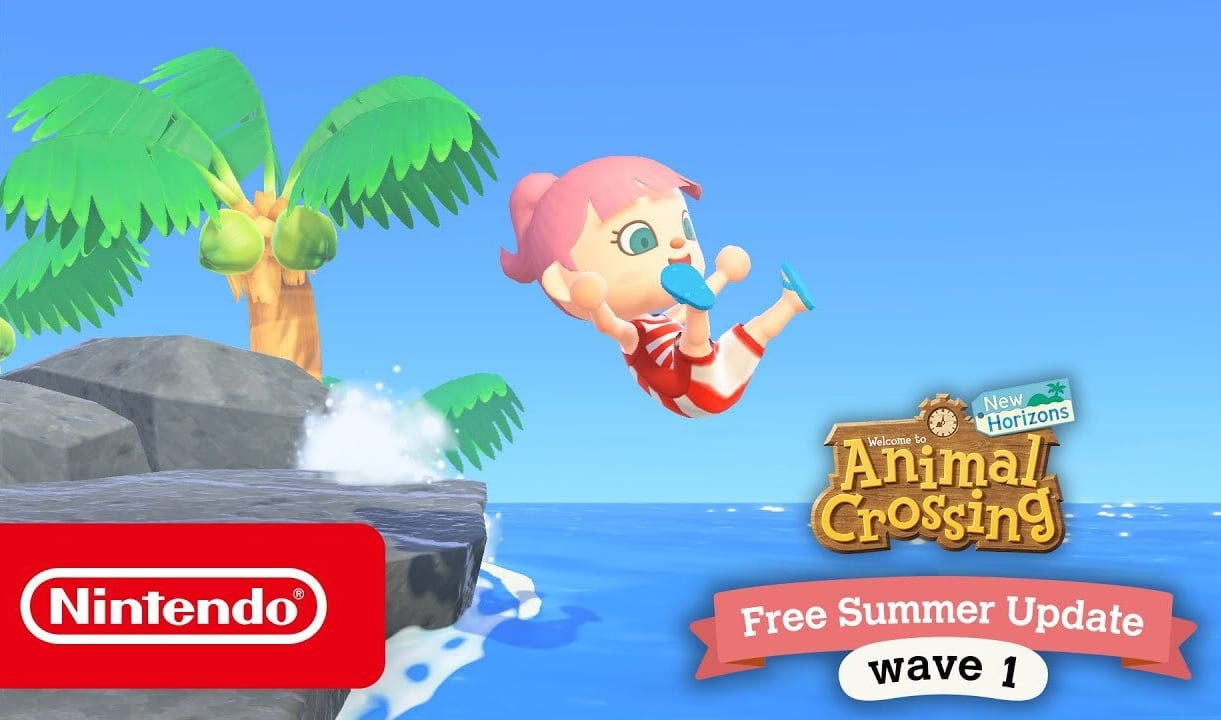 It was announced this morning that Animal Crossing: New Horizons will be receiving its second free content update next week. In this update, the ocean will open up with more features coming in two “waves.”

Beginning on July 3, you will be able to use a wetsuit to swim in the ocean. The wetsuit allows you to dive under the water to collect new types of creatures, such as sea stars and sea anemones.

If you’ve been looking for new types of items to collect, you’re in luck: these new underwater sea creatures will be able to be donated to Blathers at the museum and will be part of the fish exhibits.

When you collect a scallop, a new special encounter will appear. Pascal the philosophical otter will appear, and if you give him the scallop, he will reward you with brand new mermaid-themed DIY recipes that you can craft.

Additionally, it seems as though Gulliver will be receiving some sort of update. We see him washed ashore as normal, but this time he is dressed up as a pirate. It’s unclear what changes to Gulliver will be made, but perhaps he will give new types of items.

That’s all for Wave 1 of the summer update, but the trailer ends with a tease that Wave 2 will be coming in early August. There’s no information about what the second half of the update will contain.

This is the second free content update in Animal Crossing: New Horizons. The first update began in late April, adding new things to do for the Spring months.

Swimming and diving is a feature that is returning from New Leaf, so it is sure to be a fun way to spend time in the game this summer.

You can watch the full summer update trailer below.