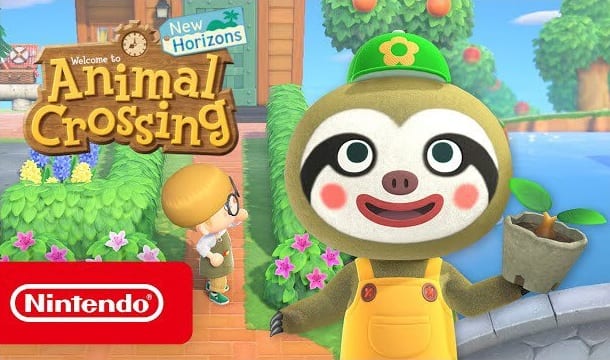 If you’ve been running out of things to do in Animal Crossing: New Horizons, you’ll be glad to know that Nintendo has released a trailer outlining information about a free update that will be adding plenty of events over the next few months.

The first part of the update includes three additions to the game: two new visiting characters and an expansion to the museum.

Leif, the gardening sloth, will begin arriving on islands by setting up his shop outside of the Town Hall building, similar to how Label and Kicks set up their shop to sell items. Players will be able to buy flower seeds and various bushes, such as azalea and tea-olive shrubs, that can be planted around the island.

Redd, the cunning fox, will begin appearing by boat on the northern beaches on islands. When players board his boat, they will be able to take part in Jolly Redd’s Treasure Trawler to buy artwork and furniture from him. In previous games, there was a chance Redd could sell counterfeit artwork, so be sure to examine what you buy carefully.

The museum will receive an expansion, adding a section for artwork and sculptures. It is likely that Blathers, the museum curator, will accept donations of the artwork bought from Redd, as long as it is genuine.

The second part of the update includes four new events, beginning this week and lasting through the end of June.

From April 23 through May 4, Nature Day will be celebrated in Animal Crossing New Horizons. Players can complete nature-related activities to earn Nook Miles.

From May 1 through May 7, islands will be celebrating May Day. For a limited time, players can go on special May Day island tours for a chance to score rare items and meet new characters. In the trailer, the special character Rover is seen in the background of one of these tours.

From May 18 through May 31, players can take part in International Museum Day. By completing tasks, players can earn rewards through a stamp rally run by Blathers. There wasn’t much information about what those tasks will be, but it looks like it will involve museum donations.

It looks like there is plenty in store for Animal Crossing: New Horizons over the next few months. You can watch the full trailer detailing the new features and events below, and be sure to let us know which part you’re most excited for.