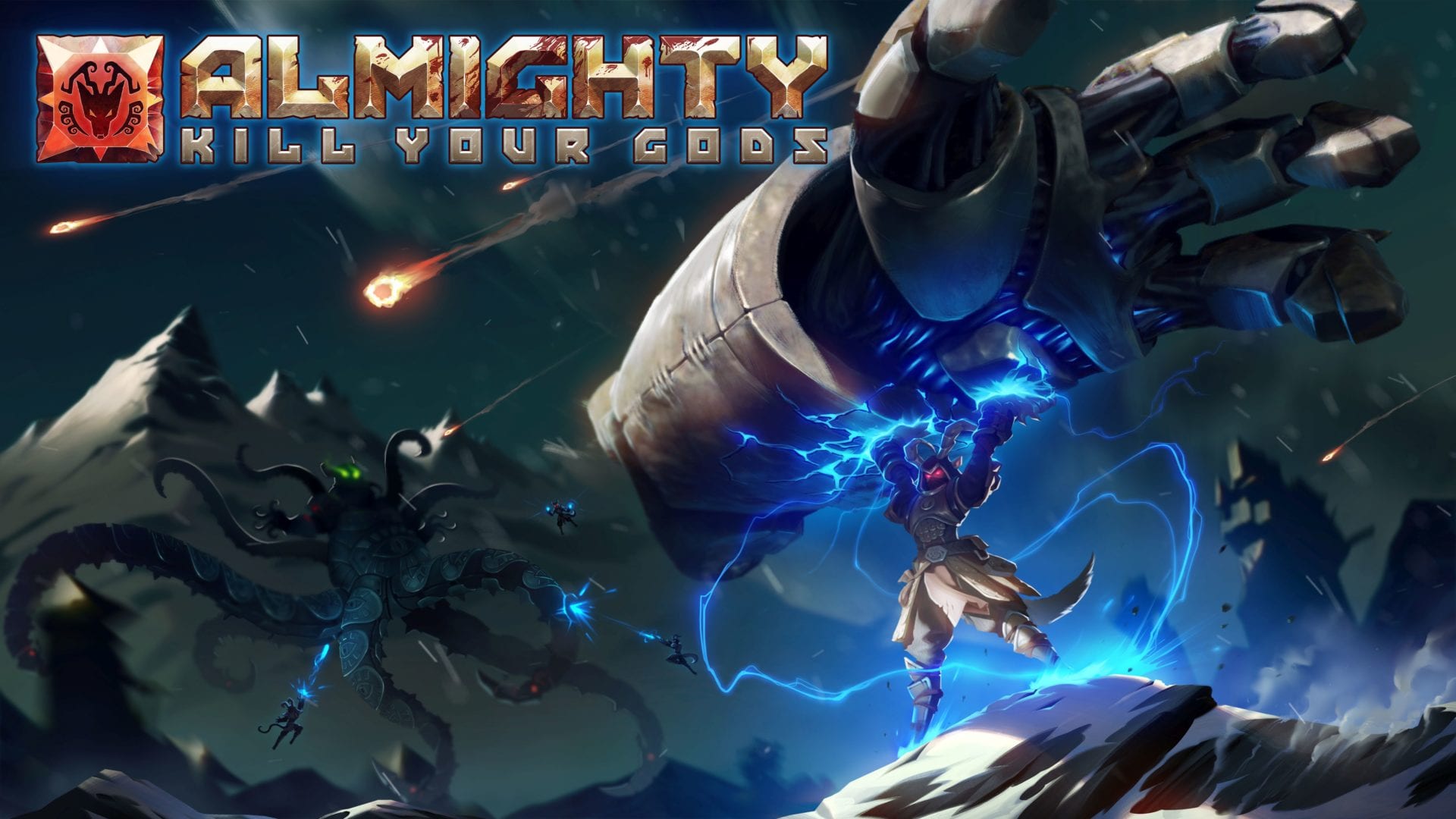 The trailer focuses on the massive Thunderhead Guardians, which are among the behemoths that we’ll find ourselves struggling against within the game.

On top of the trailer, we learn that the game has passed the publisher’s target for wishlisting on Steam.

Below you can read a comment by versus evil general manager Steve Escalante.

“Reception to Almighty: Kill Your Gods has been incredible and the Steam Wishlist goal we had originally set for the first month was exceeded in several days

This year’s line up of announcements from indies has been really inspiring but we’re humbled that fans have taken so well to Almighty: Kill Your Gods as they have.”

Here’s how the developer describes Almighty: Kill Your Gods, which is coming for PC and unspecified “consoles” later this year. You can also watch the announcement trailer.

“Hunt demons, monsters, and gods solo or online with friends in this action RPG. Run, leap and fly across islands, ripping your foes to pieces, and rebuilding your home with their remains. You are an Alpha, the first amongst your kind, a magical warrior infused with the power of your ancestors, reborn to take a stand for your tribe against the tyranny and oppression of the Elder Gods. Combine fierceness for your enemies with kindness for your tribe as you unlock the knowledge of your ancestors and their use of magic on your path to becoming Almighty. “